This morning, it took me a few extra seconds to forage for my insulin pump, which was stuck in my bra.  I was reminded that the holidays are coming, and that I’m always festive, after a fashion.  Which made me want to share this way old post about the disco boobs.

Over the holidays, my husband and I had the opportunity to join his agent (who happened to be in town) for dinner.  Grown-up time, sans BSparl.  (I wore tights.  It was a fancier than our average Tuesday night.)

So we all sat down to dinner and while everyone was talking, I reached into my purse to do a quick blood sugar check and to remote bolus for the bread and olive oil that had been placed on the table.  My hands stirred up the contents of my purse, but didn’t score the meter.

“Damn, I know exactly where it is,” I mumbled to myself, picturing my meter case on the front seat of our car, which was down the street and tucked into a parking lot.

Conveniently, I had this scrappy little One Touch Mini rolling around in my purse, so I was able to test, but I was out of luck in the remote bolusing department.  And with my pump tucked discreetly, but snuggly, into the front of my bra (clip against my sternum, buttons on the pump facing out), it wasn’t exactly the most readily available medical device.  Not without some seriously awkward self-groping, that is.

Chris was watching me scramble.  “Just pull your napkin up and grab your pump.  No one will notice,” he whispered.

“You don’t think I should excuse myself to the ladies’ room?”

So while everyone was talking, I reached down the front of my dress and deftly grabbed my insulin pump.  I programmed in the bolus and then went to tuck it back into my outfit without anyone noticing.

Once you’ve begun a bolus on the Animas pump, if you press a button while that bolus is administering, it prompts the pump to cancel the bolus.  It’s a great safety feature for when you realize, mid-bolus, that you absolutely do NOT want to take five units of Humalog to cover a spinach salad.  But it’s not so awesome when you accidentally hit a button while securing the pump to the front of your bra, and it suddenly starts singing a loud song.  And lighting up, providing a strange glow from your chest, not unlike a medicinal disco ball.

“What’s that?”  One of our dinner companions asked, looking in my direction but not knowing the noise was coming from my body.

“Sounds like a cell phone!” One of the other dinner guests said, smiling and reaching for another piece of bread.

During the brief distraction, I snagged the pump again and programmed the bolus a second time, then stuck the pump back where it came from without issue. 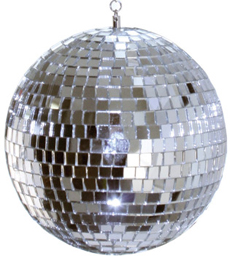 “Oh, it’s me.  No big deal – all set now.  So as we were saying …”  I felt the bolus going in, and the pump was quiet again.  No need for me to get into a big explanation of “Oh, this is my INSULIN PUMP and I’m DIABETIC and YES I CAN EAT THE BREAD.”  It wasn’t what I wanted to talk about that night.  I just wanted to move on, and swiftly.

No one asked any questions, and the night went on to be a very nice one, with excellent food and great company.

And Chris and I definitely laughed our faces off when we got in the car to go home.

“So do you think your agent and his family think I have some kind of musical … disco boobs?”

Looking Back: The Droid You’re Looking For

Dexcom Rash: No Longer a Thing?

Enjoy the Silence. Or Not So Much.