There’s a new comedy series about diabetes coming to a screen near you, and the project is shepherded by a familiar face:  Erin Spineto of Sea Peptide Productions, self-proclaimed “type 1 diabetic, sailor and triathlete.”  Erin is tackling diabetes advocacy through a comedic lens, and today she’s answering a few questions about her new project, A Bad Case.

Kerri:  Last time we connected, it was about Islands and Insulin, and your mission to empower people with diabetes. What’s your newest project about? 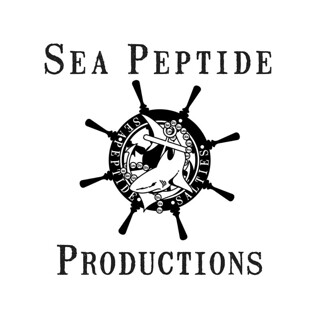 Erin:  It’s always been about the same thing for me, empowering people with diabetes. I’ve just explored that mission through quite a few different means.

I spent the last five years since publishing Islands and Insulin exploring how adventure can inspire a person to take amazing care of their diabetes. I’ve done this through taking teams of type 1 athletes on long-distance endurance trips. I then wrote my second book, Adventure On: Adventure More, Worry Less, and Watch Your Diabetes Motivation Soar, to share that process with a wider audience.

Now, I am taking time off of those long-distance adventure trips to explore another of my passions — I wrote an original comedy series and am producing it.

A Bad Case is an original comedy series about four friends. It is not some PC, educational crap about fighting stereotypes and bringing a message of hope and happiness to the world. It is a dark comedy about when diabetes goes all wrong.

It centers around the relationships of three very different type 1’s and one type 3. Haley is a very organized and type A type 1. Thoreau is overwhelmed by the fear surrounding type 1 and tends to shy away from the responsibility he knows he needs to take. Eliot is somewhere in between, relaxed and carefree, but she has her systems in place so she is still doing a good job with her health. Eddie is a type 3 and is trying to fully grasp how diabetes impacts his friends.

Each of the six five-to-seven minute episodes starts with a glimpse into a high stakes Ping Pong game and leads us into a moment in life where it would be the worst possible moment for diabetes to rear its ugly head.

It will be written, directed, and produced by people in our community, the only people who can really laugh at the stuff we deal with.

Kerri:  What made you decide to take a humorous spin on life with diabetes?

Erin:  When things get really bad in life, the only way I can real deal with them is to find the humor. There are times when I take life too seriously and that just ends up bumming me out. The way I can keep a positive outlook on such a long-term trying disease is to find those funny moments and laugh about them. And there have been so many amazingly funny things diabetes has brought up.

Kerri:  How do you plan to cast the project? What does a PWD casting call look like?

Erin:  Honestly, casting has been a bit of a struggle. I very much want to see a majority of the roles played by type 1 actors. I feel that we are really the only ones who can legitimately joke like this and get away with it.

I know there are some amazing actors who have been really vocal about their type1 and have been amazing examples to so many people in doing that. But there are others in the industry who may be understandably hesitant about sharing that info with others. So it becomes harder to get into contact with people who are both type 1 and good actors.

I have just finished up the first casting call a few days ago in which I was accepting self-taped auditions for each of the roles. Self-taping would allow people who may not be able to come to San Diego for auditions still see if they would be a good fit for this project.

Although we got great feedback from a lot of people who are excited to see the show, I am still looking for the right actors to fill these roles. 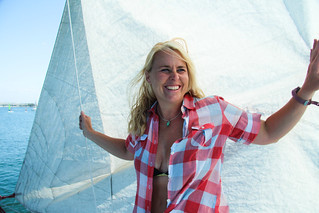 Kerri:  Where will people be able to see it?

Erin:  I am planning on releasing the series on iTunes, Amazon, YouTube, Vimeo, and DVD.

I am also exploring the idea of showing all six episodes in one showing in theaters. There is something magical about watching a series like this in the presence of a community, laughing with a group who knows our struggles and pain. I would love to hear the conversations that would take place afterwards and to open it up to discussions that might really empower people.

There are organizations, like TUGG, that make it incredibly easy for a member of the DOC to host a showing of the series in their hometown as a sort of community building event. They can even use it to raise money for a non-profit.

Kerri:  How can the DOC get involved?

Erin:  There are so many ways to get involved. I am still looking for cast and crew. So if someone has acting talent, even if they haven’t done anything professionally, I would love to hear from them. If someone has skills with photography, video, lighting, directing or even just the ability to hold a boom pole for extended periods of time, let me know. I also am on the lookout for locations to film in and around San Diego. And for filming and lighting equipment.

I really wanted the production itself to be a great experience and a chance for people with diabetes to work together. Just being around other PWD’s allows for the chance to have conversations about how we manage that are so vital to good health. I invision the filming to be a lot like a diabetes camp for adults, long hours of fun surrounded by our people, with all the hilarity and inside jokes that follow.

For those who don’t want to be a part of the actual making of the series, sharing the series with their community would be invaluable. I have really designed the series to be an outlet for those who are struggling with diabetes and those who know them. So getting the word out about the series, whether that is liking, sharing, and retweeting social media posts about the making of the series, or talking about it with those in their circles or shooting out an email to friends and family, is so important to make sure that everyone who could benefit from this will be able to. I would love for the series to be a way to bring up the conversation with people who surround the PWDs. For some diabetes is a hard thing to talk about, sharing a comedy about it could be an easy way to bridge that gap.

I will also be doing some crowdsourced funding to make sure that my cast and crew are taken care of for all the work they will put into the series. When that comes out, the DOC could share about the campaign or become a backer. We will have some really cool rewards for their participation, from behind-the-scenes extras, to advanced copies of the series, to on-set experiences.

When the series comes out, they can host an event at a theater in their hometown, before it is released on the web.

Kerri:  What’s next for A Bad Case?

Erin:  A good portion of the pre-production planning is complete. We need to complete casting and solidifying our crew. As soon as that is complete we will begin shooting and fundraising. I hope to complete production by August. Post-production should take a few months which would put us in a position to release the series close to National Diabetes Month in November if all goes well.

Kerri:  This sounds amazing; thank you for sharing all these details!  Is there anything else you’d like people to know?

Erin:  If you want to get all of the the behind-the-scenes info and watch as we make this first ever comedy series, you can join the A Bad Case Facebook group at Facebook.com/groups/ABadCase . There you can lend a helping hand to make the series or get exclusive content like blooper reels, behind-the-scenes photos, and interviews with the cast. And jump in on discussions about TV, movies and maybe even help decide on details of the series.

If you want to be a part of the cast or crew, have a location or equipment to loan, or want to host a theater screening, or just want to chat, you can email me at erin@seapeptide.com.

You can also follow the production through every step on Instagram at @ABadCase_diabetes. The characters will be posting there about their lives and diabetes.

Thanks, Erin, for sharing your vision and your new project with me, and I’m really looking forward to following the journey and seeing all your efforts come to fruition!  And if you’re an actor with T1D and you want to be part of the production, reach out to Erin!

Extracare Your FACE … and Your Diabetes.