There’s a coffee shop near where I live that I frequently work from (known as my “fauxffice” to my friends).  I’m there at least once, if not twice a week, and I bang away on my computer while drinking too much coffee and not making enough insulin.

A lot of the time, I remain focused and tuned into my own stuff, not taking notice of the things going on around me.  Other times, like today, I overhear snapshots from other people’s lives that are entirely delightful.

“It’s like that episode of Spongebob.  You know the one,” said the guy ahead of me in line to his friend.

“Spongebob?  What the hell is a Spongebob?” said his friend, shooting a confused look towards the other guy.

“You don’t know … okay,” said the first guy.  “You know the cartoon guy they always make a meme of?”

The second guy frowned.  “What the hell is a meme?”

The first guy threw his hands up.  “A meme?  Oh man … okay, a meme is when the computer people take a picture and then put big blocky typing over it?  It’s supposed to be funny?  Some are annoying?”

The second guy looked confused, and then the lightbulb went on.  “Oh, like the thing that the guy from work was fired for sending around about the admin guy?”

First guy pumped his fist in victory.  “Yeah!  That’s the Spongebob.  So anyway, there’s this Spongebob episode where …” The lady behind the counter motioned for them to come up and place their order, and they moved out of earshot.

Spongebob memes.  And my brain was off the rails for the rest of the afternoon, my synapses swimming in a sea of these: 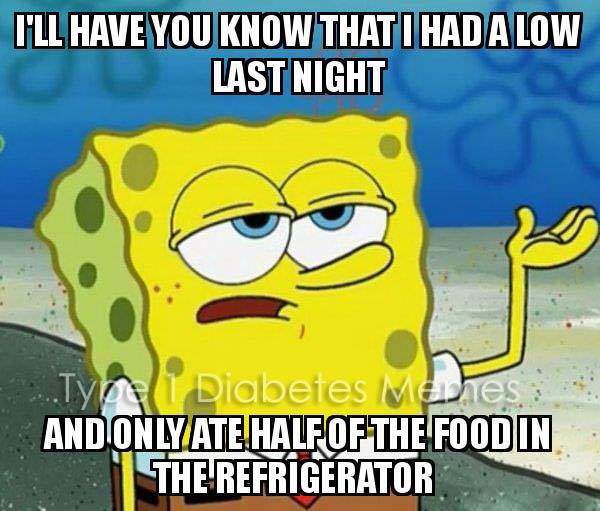 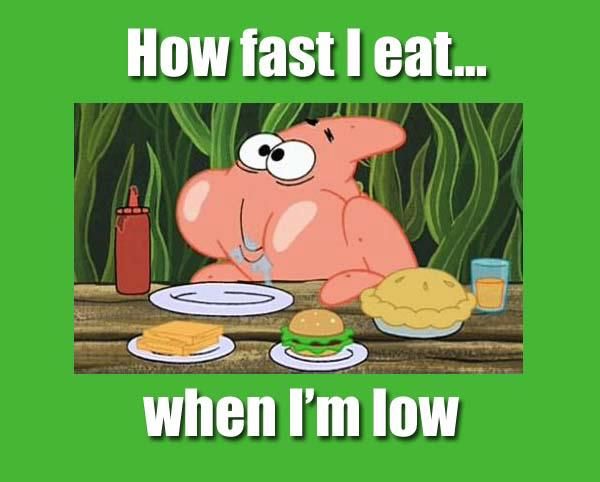 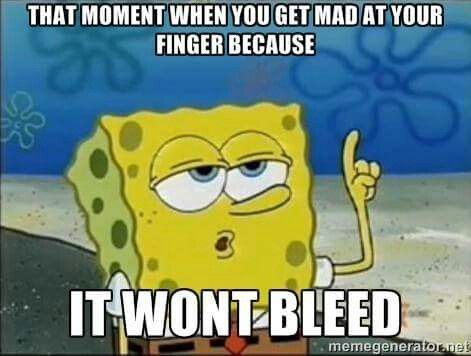