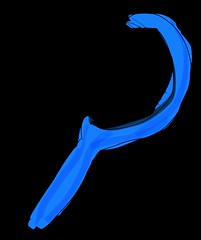 I always assumed it would diabetes that took my eyeballs out.  Never thought it would be a thumbnail and a hairbrush.

Seven years ago, my sweet little Bird accidentally stuck her thumb into my right eye and tore off a sliver of my cornea.  The injury has resurfaced a bunch of annoying times and has been a hindrance since.  But my vision wasn’t affected.

Three days ago, my sweet little Guy accidentally stuck a stiff bristled hairbrush in my left eye and caused a moderate corneal abrasion and a small corneal ulcer.  This new event happened while I was away with family in Bermuda, away from the healthcare system I was familiar with and the care team I was accustomed to.

It was an experience.  I learned several things:

First, my healthcare experience in Bermuda was very thorough.  Since this happened on New Year’s Eve morning, my options were either the island hospital or a walk-in clinic near my hotel.  Based on wait times and hotel recommendations, I chose the walk-in clinic.  I was seen right away (they opened at noon – I was waiting outside their door at 11.45 am), the receptionist was undaunted by my American status (“There’s a new procedure for checking in non-Bermuda residents … let me just grab that chart and we’re good to go.”), the triage nurse was thorough and direct, and the doctor was extremely thorough.

The doctor put an orange dye in my left eye to get a good look at the damage and assessed that there was a serious ding to my cornea.  (“Ding” was not his description.  He called it a corneal abrasion with potential early corneal ulcer and potential early anterior uveitis.)  After flipping my eyelid over to confirm that bristle bits weren’t stuck in my eye as well (none there, confirmed as a weird process) and after assessing the potential ulcer again, the doctor decided to prescribe some very strong steroid drops for my eye, the aim to improve my eye’s health while I waited to travel home and be seen by my regular eyecare team.

Secondly, I learned that careful and kind care seems easier when the system is small.  The steroid drop I needed wasn’t readily available, but there was one vial left available on the island, and my doctor was able to ask the pharmacist at the closest apothecary to put it “on hold for the Sparling patient.”  My experience in the complicated US system has not been so seamless with requests to hold medications; usually, I’m told to get to the pharmacy in a hurry or it might be gone.  But a small medical ecosystem, where the parties all know one another and are willing to jump on the phone with one another and work through a patient’s problem, proved beneficial.  The ER care doctor was also able to consult with the eye specialist in the main hospital, confirming the decisions made about my care plan. I was discharged from the emergency care clinic, grabbed a cab to the apothecary, and had eye drops dropping into my eye within 45 minutes.  On a Sunday.  On New Year’s Eve.  In a foreign country. 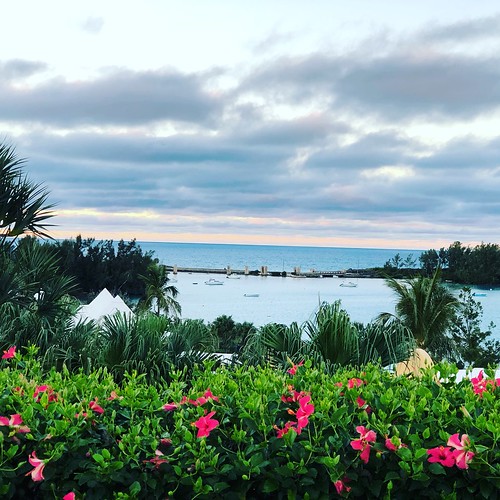 Thirdly, I confirmed once again that money matters, no matter the healthcare system.  My insurance was not accepted at the walk in clinic so I had to pay out of pocket for the care I received.  Same for the pharmacy needs.  I’m not sure what would have happened if I hadn’t been able to pay, but being able to pay that bill is a privilege I am beyond grateful for.  Because access to those prescriptions mattered, since the ulcer could deepen and worsen and, in the doctor’s words, “kill my cornea off in 24 hours time.”  I didn’t know that.  Knowing that made any debt accrued on this medical excursion worth it, if it saved my vision.  And knowing – confirming – that money keeps people from accessing necessary healthcare (wealthcare) is humbling as fuck.  You shouldn’t lose your vision because you can’t afford a $55 prescription.

Fourthly, I was sent home with a print out of my chart from the Bermuda clinic, itemizing my care.  It was interesting to see their time chart system, showing when I arrived, when I was seen, when I was moved from the waiting room to the examining room, etc.  The care at this particular clinic was efficient.  I don’t have anything else in Bermuda to compare it to, but I have plenty of healthcare waiting experience here at home, and it’s not uncommon to spend over 45 minutes waiting to be seen by a clinician.

Fifthish, I’m now entering a first-time experience with submitting out-of-network and out-of-country healthcare bills for potential reimbursement to my American insurance company.  It says a lot about our healthcare system that I was weirdly grateful this happened on December 31st instead of January 1st, because at least our family deductible had already been met.  See above comments about $$.

But I’m back on American soil and seeing my eye doctor this afternoon.  My eye is much improved (swelling is almost gone, redness is significantly reduced, itching and burning is almost gone, vision only cloudy because the medication causes a dilated pupil, and blood sugars have calmed down since the pain improved).  I hope this is the last time someone sticks some bullshit item into my eye.  And I’m really, really grateful that I was able to get the care I needed to prevent permanent eye damage.

Oh, and lastly sixuntilme, never let children near you.  Unless they are only playing with soft, cuddly, non-eye proliferating items.