You’re a Mean One, Mr. Panc

(Mr. Grinch, with an insulin twist.  Sing along!!)

You’re a mean one, Mr. Panc.
You really are a heel!
You’ve made me a pincushion, all those needles I can feel, Mr. Panc.
You make me require boluses before every meal!

You’re so lazy, Mr. Panc.
Your islets are such shit!
Your shape is all corn cobby and your betas all went quit, Mr. Panc, 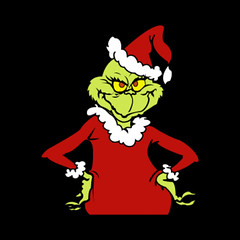 You make me so frustrated some times I could spit!

You’re just in there, Mr. Panc
You’re a lumpy lump of cells.
You take all my tender sweetness and my body just rebels, Mr. Panc.
Given a choice I’d give you back but I’m stuck with you and the bandaid smells!

You nauseate me, Mr. Panc.
Because my ketones sometimes run small.
You make blood sugars chaotic even when I’m on the ball, Mr. Panc.
You’re an appalling dump heap overflowing with the most disgraceful assortment of dead cells but hey thanks for still making enzymes at all!

You’re a foul one, Mr. Panc
You’re a nasty bag of gas,
Your uselessness makes challenges that are a perseverance masterclass, Mr. Panc.
The three words that best describe me are as follows, and I quote:
“Still kicking ass!”

Unbreak my panc. (another parody)

Unbreak my panc. (another parody)

Diabetes Blog Week: The Other Half of Diabetes.