When my diabetes marked it’s 25th birthday, I wrote a bulleted of stuff I’ve learned since diagnosis.  Another handful of years later, most of that list still holds up, with a few tweaks: 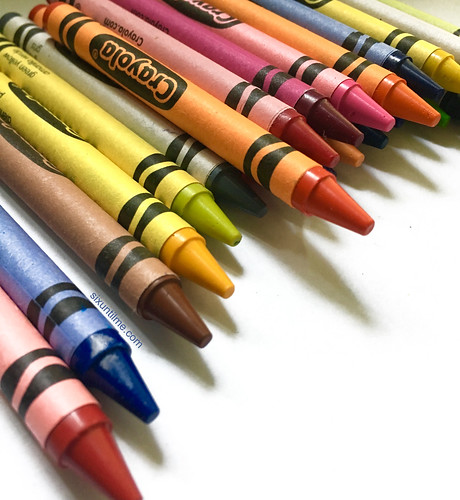 Sometimes I can’t believe this is still A Thing.  That diabetes is still a thing that requires attention, work, and patience.  I used to believe in the “five more years until a cure” thing, but that promise has been folded and refolded six times over by now.  I believe that the research maybe prevent diabetes in my children, but I’m not sure it will cure it for me.  And that weirds me out.  “Forever” was always tempered by that, “Yeah, but five more years …”

And there’s a strange sense of acceptance that’s come in the last seven years, accepting that diabetes might not really be cured for me.  I find myself looking at research and technology that’s rocketing towards alleviating the burden of diabetes on people living with it and feeling awesome about that progress.  And it’s not just the Big Companies who are making a difference.  It’s the renegade ones.  And the community groups.  And the PWD empowered and inspired to make a difference.

I’m regularly impressed by families who live with diabetes.  They know how to take These Things seriously without taking those Things too seriously.  They speak in a special language of numbers and ratios and tubing lengths and labwork percentages.  They are tireless, even when they’re tired.

They inspire the absolute hell out of me.

Life is still filled with a whole bunch of colors and I’m not done coloring yet … even if it’s occasionally outside the lines.  Despite diabetes.  And because of diabetes.

But duuuuuuude, I still pretty much despise this disease.  Yep.  I can’t pretend to be above that, to have embraced it and found happiness in it.  Nope.  I do not like diabetes.  Any grace that’s borne of it doesn’t change the chokehold it’s had on my life at times.  I wish that wasn’t true, but it is true.

However.  I have gained so much from this disease.

Not just perspective, although that’s a powerful grab.  Troubles whittle themselves down a little bit when put through the mental diabetes woodchipper.  That perspective has been to my benefit as I went through my teen years (other girls were angry and upset that their jeans were a size 8 instead of a size 2 –  I was fine with a size 8 so long as my morning BG was between 80 – 140 mg/dL) and also as I managed pregnancies (stretch marks?  morning sickness?  yeah, but that healthy baby, though).

I’ve also made friendships – ones as chronic and lifelong as diabetes – where these like-pancreased connections are part of my inner circle for life.  FOR LIFE.  This connection was forged through similar circumstances but will remain intact despite distance, time, and even a cure.

But the reality of diabetes sets in more and more, especially as the same realities of Regular Life hit their stride.  I can’t pretend that it’s all easy and effortless.  This shit might look easy, but some days it’s hard.

This freaks me out.  I worry about the Big Things more these days than I did before.  I try not to, but I still do.  Sometimes bedtime is when my brain hits the spin cycle and I have trouble falling asleep, picturing What Ifs and Oh Shits.

Aging and diabetes is now a thing.  Are my knees making that weird cricking sound when I run up the stairs because I’m older?  Or because of diabetes?  Or is it a combo deal?  And when you answer, can you speak up because I’m seriously having trouble hearing you.

Even after 31 years, diabetes still has days where it behaves.  And days when it doesn’t.

I can say exactly the same for myself.

Since I wrote my list at 25 years of diabetes, I’ve had another little baby bird and my life now is tied to two young people, not just one.  I have two babies to stay healthy for, two babies to annoy well into their old age.  The motivating force towards good health that my children provide cannot be properly appreciated.  They are my little world.

My hope lives in a different house now.  As I mentioned, I’m not expecting diabetes to be cured, but I’m anticipating that I may be able to ignore it altogether in the future; that data and technology will come together in a way that doesn’t make me produce insulin but also doesn’t produce worry and anxiety in the same way.  Stick on the device and it will diabetes for you.  Yes, please.  Hurry, please.

Instead, I hope for my kids.  I hope for their kids.  I hope that my mom will know with certainty that diabetes will never make my life less mine.  I hope that my husband knows I’ll be around to drive him bananas for decades to come.  I hope the community rallies and sticks together with one another, rising up against our common enemy while educating, supporting, and loving one another.  Enormous thanks to all of you for being part of a network of hearts and hopes that make this walk with diabetes easier, and less lonely.

After 31 years, I look at this body, all riddled with shouldn’ts and can’ts, and see that it should, and it can.

Do You Hate Diabetes?

5 Worst Things to Consume If You Have Diabetes.