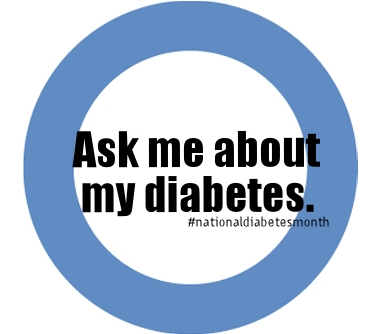 “In your senior year [of high school], what did you do to prepare for being away from caregivers?”

This question came in from someone through the #amadiabetes form, and I have some ideas.  Thing is, I only have one version of the answer, so I’m hoping others from the community can chime in either here in the comments section or on Twitter using #amadiabetes so that the answers can be seen.

What did I do to prepare for being away from caregivers?  I spent a lot of time trying to ease myself into taking over most of my diabetes care.  And part of that meant talking with my caregivers about what their expectations were, what my diabetes required, what I wanted, and how all those things ended up in a blender together.

Diagnosed as a kid (age seven), my parents stepped in immediately to manage my diabetes.  I was taught how to inject insulin, check my blood sugar, and we talked about the influence of food, exercise, and stress on my blood sugar, but the bulk of the worry and tasks were heaped on my parents.  Specifically my mom, who would check my blood sugar while I was asleep. (She would wake up early to get ready for work and would check my BG first thing … she said my hand would come out almost automatically from underneath the covers, one finger extended.  A PWD reflex.)  My mom assumed/absorbed most of the diabetes-related worry, leaving me to focus on being a kid and letting the torch of care be passed to me bit by bit.

Here’s what worked about how we passed that torch:

Things that we could have done better?

The bottom line?  I survived and thrived, with a lot of effort and a little luck.

CGM in the Cloud: Personal Preferences.

Medtronic: You Need to Call These People

Digging Up Some Joy.