Despite being up to my eyeballs in parenting stuff [insert baby who doesn’t sleep at all at night plus a big sister who had her first ear infection over the weekend here], I have been online.  And I’ve totally seen the Beyond Type 1 black-and-white photo’d community posts scrolling by, asking for donations and awareness for the Revlon LOVE IS ON Million Dollar Challenge.

I’ll admit that I was a little confused at first.  If Beyond Type 1 was aiming to win a million dollars from this campaign, why were they fundraising?  Of course the goal is to earn $1 MM for Beyond Type 1 courtesy of Revlon, but why are people fund raising if the goal is to win the big prize?  Is it to show how much the community can raise first?  Also, what does Beyond Type 1 plan to spend the prize money on?  I’ve been very impressed by the presence that Beyond Type 1 has created in the diabetes community, but I’ll admit that I’m not exactly sure what the organization does, or plans to do, outside of awareness.  (And I’ll also admit that I haven’t been focused on diabetes stuff in the last seven weeks, making me unaware of The Obvious lately.)  I needed to learn more.

So I emailed with Mary Lucas, Community Partners and Programs Manager for Beyond Type 1, and she provided me with some clarity for my confusion.   (All italicized answers below are from Mary, who is patient beyond patient when it comes to replying to multiple scattered emails from this exhausted new mom.) 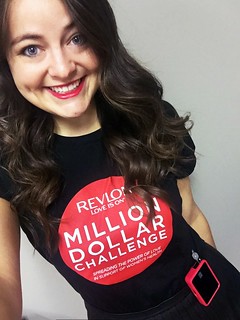 “The Revlon LOVE IS ON Million Dollar Challenge is a six week challenge that 150 charities were invited to participate in. At the end of those 6 weeks, the nonprofit that has raised the most money total is awarded an extra $1 Million from Revlon. There are smaller consolation prizes for second and third. Every charity still gets to keep their money raised, it is just an extra added bonus. On top of that, the nonprofit that wins would be accepting a comedically-sized large check in a very public setting with media, etc. and would subsequently drum up a ton of press and hype around that charity and the cause associated with it. It would be really great to have a diabetes charity up there accepting the $1 Million from Revlon, as it would really help get T1D into the mainstream press and media.

As a non-profit, all our operations are covered by leadership and founding friends, so 100% of all money donated to us goes back into our portfolio of programs and investments.   This means we are fully operational funded, so $1 in to us is $1 back out into the diabetes community, not 75 or 80 or 90 cents, but the entire dollar, which is pretty rare for a non-profit. So far, we have invested in both our own native programs (that we currently offer for free for everyone in the type 1 community) such as our Snail Mail Club, the App, Education Initiatives and Resources, Camp Sessions, and the DKA Awareness Initiative we will be rolling out nationwide in just a few weeks.

We have also given grants to organizations working on cure efforts such as ViaCyte and the DRI, technology efforts such as Nightscout and Tidepool, and community /education /advocacy efforts like The Human Trial Film, Riding on Insulin, Marjorie’s Fund, and T1 International. The grant we gave to Marjorie’s Fund last year actually helped open a new diabetes education center in Uganda this summer! (To learn more about all of the grantees, etc. you can visit this page on the website.) We like to fundraise for a variety of things across the areas of educate, advocate and cure — we want to help people living with T1D today while still researching and working towards a cure for tomorrow.

If we won the Revlon Challenge, the extra money would be used not only to help fund our native programs and keep those going, but would also enabled us to open up applications for grants once again. 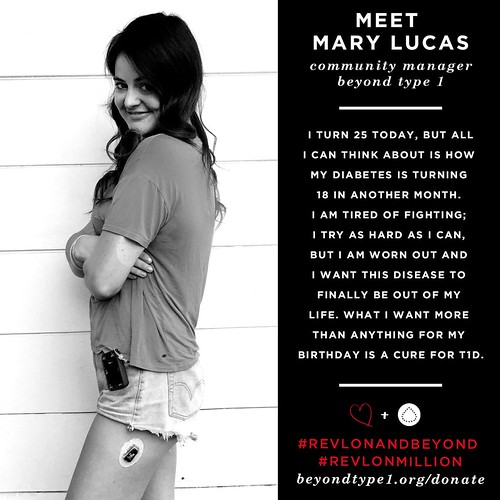 The Revlon Challenge also has some cool opportunities and bonus challenges they do throughout (such as matching donations, etc.) and we also have done some fun things like offering a Percy the Plushy Snail (our Snail Mail Club Mascot who is not for sale yet but is pretty much the cutest thing ever – he has an insulin pump!) for everyone who donates $50 to Percy’s fundraising page. And of course right now are doing the Nick Jonas meet and greet giveaway – so people have some cool opportunities to win extra stuff! 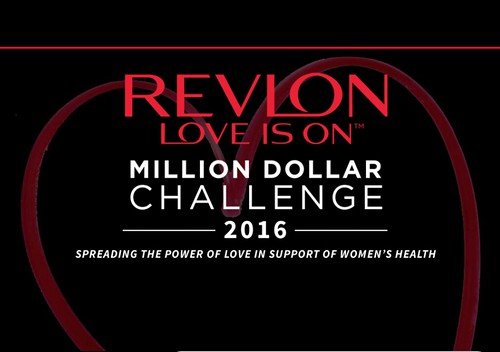 Thanks for all of the information, Mary!  Now I have a better idea of where our donation is going when we chip in for the Million Dollar Challenge.  Here’s hoping Beyond Type 1 is able to win the challenge and bring diabetes into mainstream discussion.

THE CONTEST ENDS OCTOBER 26th, SO IF YOU’RE GOING TO GET INVOLVED, NOW IS THE TIME!  🙂