Looking Back: A Matter of Apologies.

I’ve been up since all hours with my son, who has decided that he would prefer to count stars with me between midnight and 4 am.  But now he’s asleep and I’m wide awake.  And as I was answering emails this morning, I came across this blog post about apologies.

I’ve been apologizing often these days, with my emotions ramped up due to postpartum stuff and the lack of sleep making my fuse shorter than usual.  This post made me think forward to when my son is older and starts to learn about how diabetes affects his mom’s temperament at times.  Oh, and what happens if you leave a banana in the car too long.

“I was low.  I was frustrated because of the low blood sugar.  I’m sorry.”

“It’s okay,” and I can tell she means it by the look in her friendly, brown eyes.

I used to be very terrible at saying, “I’m sorry.”  I would hold on to frustration and anger in a way that was not good for me or anyone around me, making a grudge or the need to feel like I “won” the disagreement take precedence over a relationship.  I’d keep “I’m sorry” under my tongue because I didn’t want to admit that I’d done something that hurt someone’s feelings.  I felt embarrassed to admit my shortcomings.  It felt awkward and bad.

It took a long time for my head to figure out that my heart was better off if I let the sorry fly, but once I came to that realization, I tried to embrace as often as I could.  (I also had to work on the “does this interaction make me better or worse as a person?”  This is still a work in progress.)  Now I’m less terrible at saying, “I’m sorry,” and I feel better for it.

As much as I hate to admit it, my blood sugars are not only influenced by my emotions (stress, anyone?) but they influence my emotions, as well.  The way my numbers make me physically feel can cause me to act like a total crumb.  It’s another reason to be aware of what my blood sugars are, and if I enter the Crumb Zone, apologize for it.

I find myself apologizing to my daughter at times for entirely blood sugar related reasons.  Sometimes I snap because I’m taking yet another bolus to correct yet another high and my body is riddled with sugar and rage, and I will be far less than patient with my little one as a result.  Other times I raise my voice because I’m trying to treat a low blood sugar reaction and she’s at my elbow asking to [insert rogue request from active 5 year old here].  Losing my patience during the course of run-of-the-mill parenting is something I am not proud of, but losing my patience because diabetes is leaning on my parenting style is something I want my kid to understand as best she can, because I don’t want her ever thinking my seemingly random outbursts are tied to her in any way.

It’s a weird balance between feeling like I’m blaming diabetes for my actions and simply explaining my actions.  Am I in the Crumb Zone (or Mayor of Crumb City, if you’re nasty) because of diabetes?  Nope.  Diabetes doesn’t get credit or get blamed.  But sometimes this disease is part of the explanation, and I want my family to have a sense for how, and why, I’m wired a certain way. 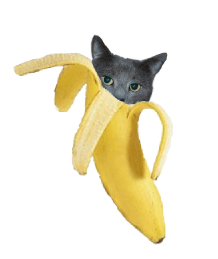 elated when it’s not, and I’m forced to fess up.

“Are you in a bad mood because of a low blood sugar?” my daughter asks, pointedly.

“Not at the moment.  Right now, I’m in a bad mood because I just realized I left a banana in the car while I was on my trip last week.  And now I’m afraid to open the door and confront the banana stink.”

A Matter of Apologies.

My apologies to Mr. Poe.