Enjoy the Silence. Or Not So Much.

[Disclosure about my relationship with Dexcom]

During the first trimester of this pregnancy, lows were intense and weirdly symptomatic; a nice contrast from the hypoglycemia unawareness that’s crept in over the last five or six years.  (I ended up stashing a jar of jellybeans in the dining room hutch, only to have to move it into direct line of sight in the kitchen in efforts to keep up with the persistent low blood sugars of those first few weeks.)  As this pregnancy has moved forward, the lows have become slightly more predictable and the hypo-unawareness has returned, making the Dexcom BEEPS! and BLARGHS! more necessary. 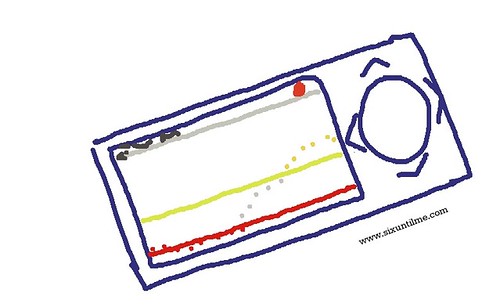 When I received the Dexcom recall notice several months ago, it was very early February, and I was still using the G5 transmitter.  At the time, the only people who knew I was pregnant were my family and my medical team, but I knew, and I was stalking blood sugars with vigor (and a side of panic).  My endocrinologist, not a fan of the data output from the G5 application, asked if I would consider using the G4 for the remainder of my pregnancy.  Wanting her to check the “compliant” box on my chart (there’s a first time for everything), I switched back to the G4 the following week and have been on it since.

And for months, my G4 receiver was fine.  Alarmed all the damn time, vibrating and buzzing from my bedside table or my purse and alerting me to the changing needs of my baby-hosting body.  And then, all of a sudden, the speaker went full garbage, not working at all.  Only a vibration came from the receiver, making my phone* the best laid plan for alerting me audibly.

It wasn’t until I woke up one morning and saw the empty raisin box and the discarded juice box that I realized the night before wasn’t very comfortable.  And that I didn’t wake up because of alarms, but instead because of aggressive baby kicks.  I couldn’t ride out the rest of this pregnancy without replacing the receiver, because I was NOT waking up even with the phone alarms.  I needed high octane, receiver-in-a-glass-with-some-coins sort of jolting.  I needed to connect the alarms to Siah, encouraging her to walk across my face when I was low.  Or similar.

I needed the receiver to actually WORK PROPERLY.

So I went to the website – Dexcom has a special page set up for this particular issue.  There’s also a special hotline number to call: (844) 607-8398.  After a quick exchange with the woman on the phone, she asked me to confirm that my alarms weren’t working by doing the following:

And once we confirmed the alarm absence, a new receiver was scheduled to be shipped out.  Should be arriving in the next few days, in time for me to finish up this pregnancy as a G4 user (to make my doctor happy) and hopefully by staying in my threshold lines (to make my fetus happy).

If your G4 receiver suddenly craps out, sound-wise, call the hotline number and have a new one sent out.  Alarms that won’t alarm are alarming.

(* I follow myself on the Dexcom Follow app, along with one other person.  Yes, redundant.  In response to the dead receiver speaker, I changed the alarm settings on my phone so that I’d be alerted for highs and lows.  This worked, in theory, except when my phone was on silent or in the other room.)

#DayOfDiabetes Went a Little Rogue on Me.