Racing on Insulin: 100th Running of the Indianapolis 500.

What did you do this weekend?  Me?  Oh, I spent Sunday afternoon with 41 of my DOC friends at the 100th running of the Indianapolis 500 race.  Sort of.

Diagnosed with type 1 diabetes in 2007, Charlie Kimball is driving the narrative about type 1 diabetes as the first licensed driver with diabetes and first licensed driver to qualify for and complete the Indianapolis 500 in the history of Indycar.  He and I have known one another for many years (he’s been a good sport as far as videos, Twitter, and allowing my infant daughter to sit in his race helmet), and it’s been truly humbling AND EXCITING to watch Charlie rise in the Indycar circuit. 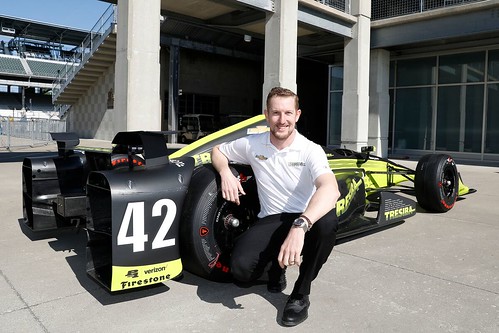 And on Sunday afternoon, Charlie Kimball got behind the wheel of his No. 42 Tresiba Chevrolet and took to the racetrack.  But he wasn’t alone; he had his Novo Nordisk Chip Ganassi Racing team by his side, and the names of 42 diabetes community friends emblazoned on the sides of his car. 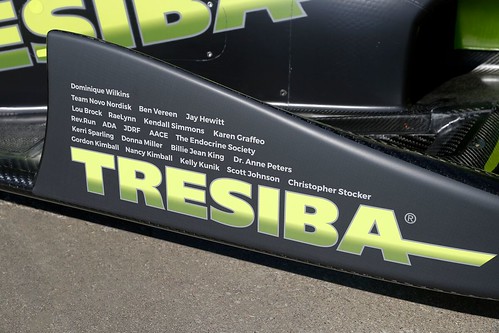 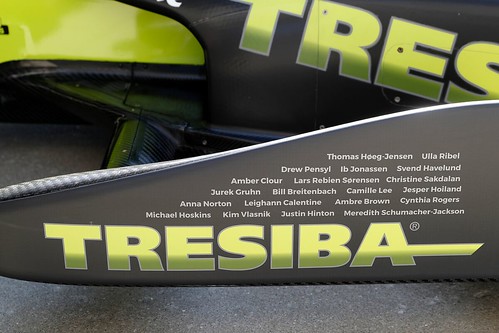 I talked with Charlie on Friday, before the race, and he shared a little bit about why he raced with diabetes advocates on his car.  “With the Indianapolis 500, there’s so much history, so many stories, so many anecdotes.  Novo Nordisk and Chip Ganassi Racing wanted to do something to kickstart the conversation about diabetes.  We wanted to do something cool, something to make sure that the diabetes community had their story heard.”

This weekend, Charlie wasn’t racing as #83, but instead as #42.  “The number 42 comes up often – there are 42 names on the car, Tresiba [new basal insulin available through Novo Nordisk] lasts for 42 hours, and 42 is the number on Kyle Larson‘s car.”  (Kyle Larson races NASCAR, and Kyle’s cousin Justin has T1D.)  “People don’t often see that Chip Ganassi has real team relationships across series, which is why I’m proud of the tie-in this weekend with Kyle.”

“Yours was the first blog I read that gave me the confidence to talk openly about diabetes.  You, them, us as a group drive that conversation about diabetes and engagement.  Diabetes is a big part of what I do and who I am.  And [putting the names on the car] is an opportunity to encourage the story to be told.”

And Charlie told his story, and ours, by finishing 5th in the Indy 500. 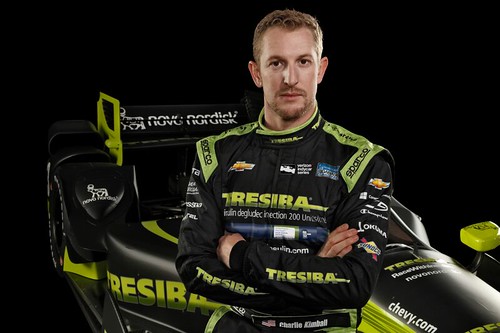 Way to go, Charlie!!  Thank you for continuing to represent the diabetes community – we’re proud to be part of your team.

(all photos credited to credit to LAT Photography USA)

Hope vs. Fear: The Video Edition.