This morning, Bennet Dunlap is taking over SUM because he has something to say.  Changing health policy has become a project of Bennet’s for personal reasons, and with the help of the diabetes community, he and others are aiming to make a difference.  Today he’s writing about the Diabetes Patient Advocacy Coalition and how it’s aiming to be the “easy button” for the DOC and policy.

And because he used the phrase “rat bastard” more than twice in this guest post, I’m particular partial to it.

Diabetes is not easy. It doesn’t fit well into life. Diabetes is chronic – a word that here means the rat bastard never goes away. Never going away doesn’t fit into a medical system designed for acute care, meaning a cute little health issue that gets cured.

Readers of Six Until Me already know diabetes is not cute or cured, doesn’t fit into life, and is the aforementioned rat bastard. So you are probably not shocked to know that diabetes doesn’t always fit into health policy either.

Health policy runs into diabetes at many levels. There are more than three dozen federal agencies that touch diabetes. State laws impact schools, diabetes education, and even infection protocols in hospitals and extended care facilities. All the people, in all those positions, have all the same mix of understanding and confusion about diabetes as the general public they represent. A few get it; most don’t and some are woefully misinformed.

On the policy side, we have professional and academic groups that speak to the science of policy issues. There is a whole bowl of AlphaBits of these including ADA, JDRF, AACE, AADE, DTS, CDC, NMQF and more. I think that policy advocacy is most successful when health professionals and patients work together. A FasterCures white paper on advocacy, Back To Basics, as a catalyst for health policy change writes:

“The gold standard should be to have both scientific expertise and a group of patients who can speak both to the science AND the urgency needed to make change.”

Our job is urgency.

Change happens when officials hear the real needs of people with diabetes, particularly when we are their constituent. But if diabetes does not fit into life, learning the intricacy of politics certainly is one more unpleasant thing too many.

What we need, is an easy way to create diabetes policy urgency.

I got that, in another spoon full of AlphaBits; the Diabetes Patient Advocacy Coalition. But that doesn’t fit on a spoon so DPAC for short. It makes it easy to keep track of issues, opportunities, find your elected officials, and know those officials’ positions. DPAC does all that so you don’t have too.

Most importantly DPAC makes it easy to act.

Here is an example: We all know that CGM is a game changer in diabetes care. Medicare does not cover it. Many succeed in fitting diabetes into their lives with the help of CGM, and they lose it as a care tool when they age into Medicare. That is not right. One hundred and eighty-five members of the US House and thirty-seven senators agree. They have cosponsored a bill to cover CGM. We should thank the supporters and urge others to join.

Click the logo, fill out your address, and the DPAC will look up your elected officials. It checks to see if they have already cosponsored the bill and drafts a note of thanks to supporters or an ask of those who have not yet joined as cosponsors, to do so. You can add your story to the message or just send the message along. 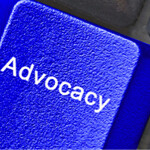 I mentioned three dozen federal agencies earlier. There is a bill to have them work together. A generation ago a similar effort brought us DCCT and tight control. A new generation of drugs, devices, a software promises another opportunity to change diabetes care. DPAC has an easy button there, too.

Diabetes isn’t easy but PDAC makes it so acting on policy can be.

Bennet is a passionate advocate for better diabetes care.  He is the father of four, two of who live with type 1 diabetes. Like millions of Americans, Bennet tries to be successful with type 2 diabetes himself.  He has created a variety of social media projects including the advocacy campaign StripSafely, Drink 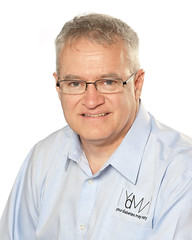 ingWithDiabetes a resource for families sending type 1 students to college, The Diabetes Patient Advocacy Coalition and his blog Your Diabetes May Vary. Bennet is an integral member of the Spare a Rose / Save a Child community supporting the IDF’s Life for a Child program. Bennet has given patient perspectives in public views before the FDA’s Endocrine and Metabolic Drug Committee on diabetes medication. Recently he has been a consumer reviewer for both PCORI and CDMRP grants.

With a degree in finance from Lehigh University, Bennet pursued a career in commercial banking. Following the diagnosis of his children with type 1 his passion for advocacy grew and he earned a master’s in health communications from Boston University to serve better the diabetes community.