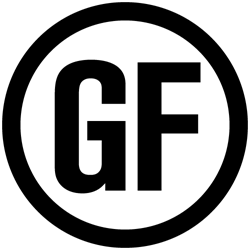 I don’t have celiac disease.  I don’t have gluten-sensitivity antibodies.  My endocrinologist ran a slate of tests to determine if my body was pro- or anti-gluten, and nothing came back weird.  As I mentioned last September, the basic gist is that my body seems to have no trouble at all with gluten.  Except that it totally does.

For a good, long time, I felt crummy.  To revisit last summer:

“I was exhausted – falling asleep on the couch and having trouble maintaining my normal vampire hours.  I was moody and grouchy, especially later in the day.  (And I’ll just offer this up because I know you’re thinking it:  I’m not pregnant.)  My hands, on some mornings, were tingly and pins-and-needlesish.  And my stomach was angry, but in a really passive-aggressive way.  I had sharp pains in my stomach, but not all the time.  I had wicked bloating, but not intensely all the time.  I just had a permanent belly ache, and it was becoming the norm.”

I’ve been entirely gluten-free since last August, and those symptoms up there are gone.  The bloating, tender belly pain is gone, as is the majority of the thick brain fog that had settled in for several months.  (Not all the brain fog, though.  I am still space shot in ways that will never repair themselves, but gluten isn’t to blame for that.  That’s all organically me.)  No more pain.

Overall, I haven’t included a new pile of gluten-free replacements for foods, but instead am just cutting out gluten sources.  I bake our bread, so that’s gluten-free, but I don’t often eat bread.  Or pasta.  Subbing in more vegetables, meat, and fruits works better for my personal diabetes crap and preferences than replacing my diet with a bunch of gluten-free specialty foods.  Again, this is easier for me because I don’t have a problem with foods that have come into contact with gluten (I can pick the croutons off a salad without having a belly ache afterwards) and also because my response to eating gluten isn’t an immediate gastrointestinal disaster but instead a sharp bloating that, all things considered, I can totally work through for a night.

I just don’t want to feel unwell; the change is worth the effort, for me.  So I am totally gluten free.  And I am still squeamish to talk about it because it seems like stupid trend-following witchcraft and food bandwagon’ing.  “Gluten-free!  It’s the modern MUST for foodies!”  I kind of feel like a tool requesting a gluten-free meal or asking a server if they have a gluten-free menu, but the handful of times that I’ve eaten gluten in the last year have left a now-predictable and very uncomfortable mark.  I feel lucky as fuck to have figured this out, because I felt like absolute garbage before cutting gluten.

Which is what I try to remember when I’m sheepishly asking someone about the gluten content of a meal.  I’m not doing this to be trendy or snobby.  I am doing this so I don’t feel terrible the majority of the time.  I’m doing this so my kid can hug me around the waist without me wincing from pain.  I’m doing this so Chris doesn’t think his wife is suddenly 98 years old.  Whether lab work proves a sensitivity or not, my body has spoken loud and clear, and I’m listening.