I like my FitBit.  I’ve been using one since March of last year and it has consistently kept me motivated to keep moving.

… okay, let me check that for a second.

It’s not the device itself that keeps me on the move. Initially, I liked seeing the numbers climb on my step count and watching that ticker drove me to earn higher numbers.  It was a stark mental contrast to how I felt about my diabetes numbers, where I was aiming for more of a game of golf (bring that number DOWN, not UP).  FitBit was cool because the higher the number, the better.

Eventually, the newness of the self-tracking incentive wore off and I wasn’t as eager to fight to hit my step goal.  I still exercised daily, but with a little less oomph, if that makes sense. 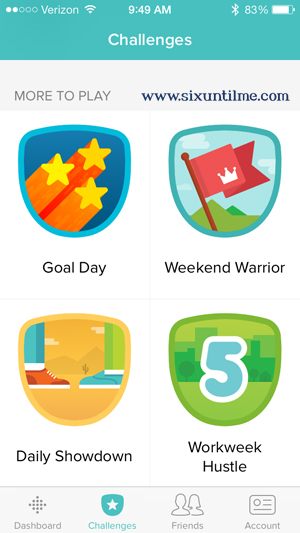 One of the things I like most about the FitBit are the challenges you can engage in.  Here’s a screenshot of what’s available (over there on the right) –>

The ones I like the most are Workweek Hustles, because you have five days to not only reach your own self-set goals, but you can pace yourself against friends, making it a friendly competition.  As the FitBit devices sync with the app, you can watch your step count climb and see which participant will come in “first” (with the most steps).

Dude, it is FUN to play and to flex my competitive muscle.  (I’m a little bit competitive.  Maybe more than a little bit, judging by my husband’s bemused raised eyebrow every time I go to use the treadmill at 9 pm.  “FitBit challenge again?”  “Yep.”  “Go get ’em.”)  And while exercise isn’t something I’ve ever shied away from, it’s more exciting when I’m held accountable.  If I’m in first place, there’s no way I’m going to skip a workout or avoid going for a walk or run, because I want to keep my foothold on that leader board.

These competitions play out awesomely for my blood sugars, if I stay on top of things.  Making an effort to move more during the day has brought my total daily doses of insulin down by more than 20%, which for me is quite a bit.  (Also, this is not medical advice or science of any kind.  Talk with your doctor if you are considering taking anything you read on the Internet as medical advice, because they are a doctor.  And I am simply an over-caffeinated FitBit addict.)

More importantly, I noticed that my activity level goes up significantly when I’m engaged in a FitBit challenge.  If there’s a competition to participate in, reaching my step goal of 12,000 steps per day is a piece of (gluten-free) cake.  It’s like having a dozen workout buddies.  (Read Laddie’s take on the challenges here.) 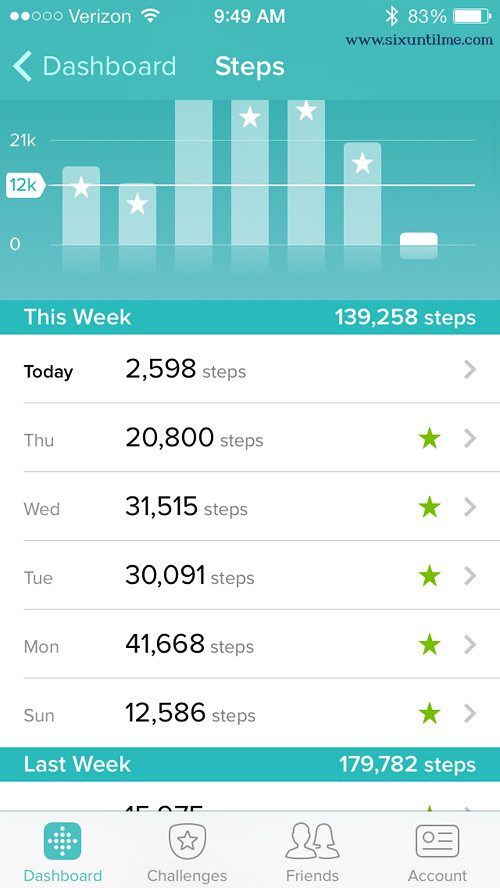 FitBit challenges are pretty freaking awesome.  And fun.  And help break up some of the mundane ho-hummishness that my exercise routine can fall into.  A dose a fun, friendly competition and accountability is exactly the gentle incentive I needed.

On Being An Athlete.

5 Worst Things to Consume If You Have Diabetes.