Why I Pack Heavy.

“And then Marcus gave me a Valentine and it had SPIDERMAN STICKERS on it and I love Spiderman stickers so that was the best Valentine I got except the one from Maddie that had a pencil and that was ALSO THE BEST ONE,” yelled Birdzone from the backseat as I was buckling myself into the driver’s seat.

“Yeah?  So Valentine’s Day at school was awesome?” I asked her, reaching over my left shoulder to grab the belt.

And then I felt that familiar, gentle * pop * of the infusion set coming loose from the back of my arm. 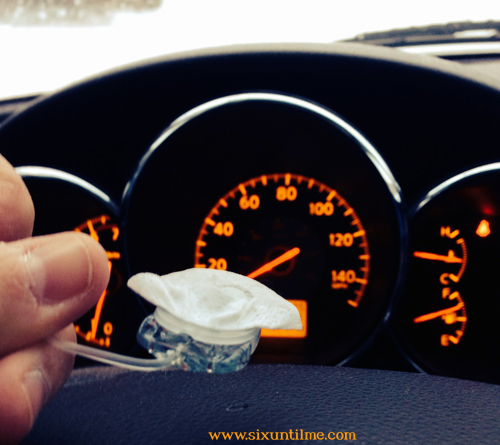 Rarely do I have the chance to use my emergency supplies (which is a plus because that means I rarely have emergencies), but I always carry them.  Even though I wear an insulin pump, I keep a back-up pen of Humalog floating around in my purse.  Sure, it will eventually expire and I’ll have to swap it out for a new one, but in a pinch, it’s enough.

And even though it’s a bulky little spaceship to keep on hand, I always have a back-up Inset for just-in-case moments, like when I accidentally rip out my infusion set in the parking lot of Birdy’s school. 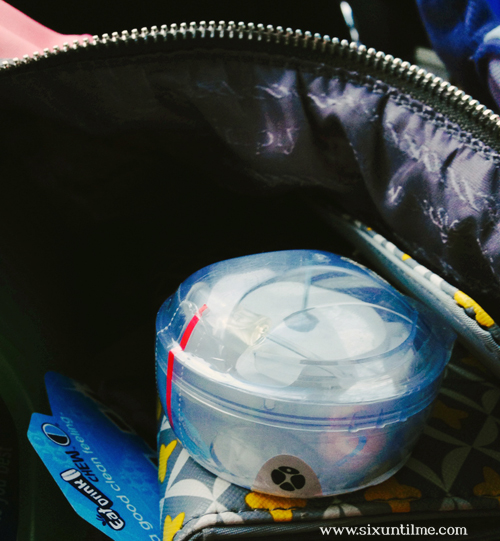 This is why I don’t ever pack light; when you’re a klutzy PWD, a small purse just isn’t an option.

t:slim with a Twist.