A few weeks ago, I wrote about how I was seeking to learn more about my peers with diabetes, specifically folks with type 2 diabetes.  Living with type 1 diabetes myself, it’s hard to me to “walk a mile in their shoes,” so to speak, when I felt so uninformed about type 2 diabetes in the first place.  A few people left comments on that post, and I’ve been working to bring more of their journey with type 2 diabetes into the forefront, so I can learn from them, and so we can learn as a community.

I want to know what it’s like to walk with type 2 diabetes, and today, John, a self-proclaimed 67 year old “youngster” and currently living in the southeast Alaska panhandle, is answering a few questions about what life is like for him. 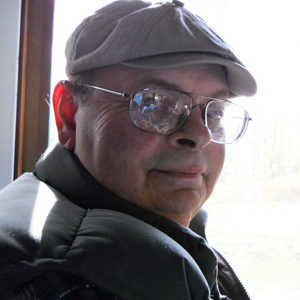 Kerri:  Thanks for taking the time to chat with me today, John.  When were you diagnosed with type 2 diabetes?

Kerri:  Did you know anything about diabetes before your diagnosis?

John:  Yes a little, I had a cousin, uncle and a niece that had type 1 and even though I was a few years older than my niece we used to play together as children and were quite close.  I was also a babysitter to her when she was young.

Kerri:  How did your diagnosis impact you, physically?  How about emotionally?

John:  I was told to lose some pounds, I was 260 when diagnosed and they wanted me down to 190.  It took me almost a year to get 196 and I found that I couldn’t maintain it and feel comfortable at all, so I let my weight drift back up to about 210 and have remained at that weight ever since.

Emotionally?  I was relieved, I was having some heart problems and it seemed to me that it was getting worse and the doctors couldn’t figure out why.   Then one of the E.R. doctors noticed that every time I showed up in ER that my blood sugar was somewhat elevated.  That led to an A1c, which was off the chart.

Kerri:  Now that you are a few years into your diabetes journey, what have you learned along the way?

John:  Quite a lot about the disease, I at first researched Type 2 only and then I read an article about how diabetes progresses in the body if left unchecked and I thought at first that it was an article about Type 1, but then as I reread the article again I realized that it did not make any difference how the diagnoses was made it was the same disease.  The only difference was in how we each contracted it.  Right now, it is known that in the PWD’s T1, the immune system attacks the insulin producing cells of the pancreas  and destroys them, and, PWD’s T2’s there are several ways that the same cells are either destroyed or made to under-perform.  The end result is a disease called diabetes.  So I then stopped looking at it as the type of diabetes someone had and started to notice how they were treating their diabetes, so that I may be able to treat mine better.

Kerri:  What makes you want to tell people about your diabetes journey?  Why do you think it’s important for people with all kinds of diabetes to share their stories?

John:  My story is going to be similar to someone out there and just maybe that person needs to know that they are not alone.  The more people that stop being afraid of this disease and start letting people know that they have this disease the more that diabetes will be recognized as a viable threat to their own health.

Kerri:  What do you want people to know about life with type 2 diabetes?

John:  What I want everyone to realize is that I don’t have “type 2 diabetes” but that I do have “diabetes” and the way it came about is type 2(reason unknown).  I treat my diabetes just the same as many thousands of other diabetics and it does not make one bit of difference what type it is.  Being a certain type is good for person to person conversations in a give and take on how we treat our own version of diabetes and it’s good that our doctors know, but beyond that it’s useless.  Living with diabetes is not easy, it takes a lot of time that I would like to be doing other things.  It often times scares the heck out of me and it is not a set in stone science, it at times does things that seems to defy all reason and it will bite you if you don’t pay attention.  It never stops and that is the worst one, it is there all the time, no letup.  But with knowledge and the right tools it can be managed and quite well, just not controlled, at least not by me.

To every negative there should be a positive, my positive is that I am in better general health than almost all of my friends that don’t have diabetes, you see, I now take the time to take care of myself, eat right, exercise.  Before I was diagnosed with diabetes I never seemed to have the time to do those things.

Thank you so much for sharing, John, and I’m looking forward to sharing more perspectives from my type 2 peers in the coming weeks.

If you are living with diabetes of any kind, please raise your voice.  Your story matters!  #walkwithd

#WeAreNotWaiting: The (Not So?) Brief Story of Tidepool.
Share: