Georgie is a twenty two year old university student and future French teacher living in Melbourne, Australia. She’s had type 1 diabetes since 2010 and has become very talented at hiding her pump in various dance costumes.  She hates her pancreas but loves the DOC, and is in the very slow process of creating an organisation Down Under to help those with type 1 diabetes and eating disorders.

I feel lucky that I’ve had the opportunity to spend time with Georgie (she is my favorite holiday card buddy), and today I’m very lucky to have Georgie guest posting about disordered eating, diabetes, and the way we view food. 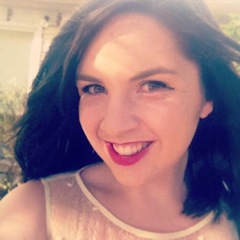 Sometimes I read things while procrastinating on the Internet that strike a chord with me. Usually they are quotes that revolve around cats and wine, but occasionally there is one gem that sticks with me. I read a quote recently while scrolling through Tumblr that read:

“We are prescribing for fat people what we diagnose as disordered eating in thin people.” – Deb Burgard, keynote at the 2011 NAAFA conference.

At first this quote didn’t surprise me – it seemed quite obvious really, I muttered a ‘duh’ and kept scrolling until I hit the funny cat pictures instead. It wasn’t until I was sitting down to my dinner that night, slowly adding up my carbs, and berating myself about my 16.8 (288 mg/dL) that I realised that there was a reason for that. I was identifying with that quote so strongly not because I am morbidly obese and have had doctors make me count my calories, but because I have type 1 diabetes and “disordered eating” is basically my normal.  We are asked to weigh our food, count our food, know everything there is to know about our food, and yet somehow keep a healthy attitude towards what we put in our mouth every day. Some people manage this – but I know a lot of us don’t!

People with type 1 diabetes are set up for a weird relationship with food, no one seems to mind, and it’s driving me crazy.

“You have to see what’s on your plate as numbers!”

“What do you mean, you’re not weighing your food?”

We are doubly lucky though – not only do we have healthcare professionals telling us what to eat, we also have the Food Police!

We all know the Food Police. They can be sneaky – they come disguised as your work colleague, your neighbour, or your aunt at a family dinner. They usually come armed with “lots of knowledge” about diabetes, because their third cousin’s grandma had diabetes, and she “DIED because she ate too much cake!!!” It hides under the guise of concern, but mostly it’s a nosy way to exert control over you while claiming that it’s for your own good. At one point I had a member of the Food Police say, “What if I hadn’t been there to tell stop you eating that? Haha!” Oh, I don’t know, I would have eaten this muffin anyway, but without the omnipresent feeling of shame?

The only other group of people that I know whose food choices seem to be up for public comment are obese people – which is why I think the quote above stuck in my head. We are both told to live a life that revolves around counting our food, and people in our life feel the right to comment on whatever is on our plate. Is it any wonder that some of us start to see food as the enemy? The most ridiculous thing about this is that we CAN eat what we want – we are just like anyone else, except our pancreas comes in syringe/pump form. Would you ever look at the food on a twelve year old’s plate and say “There’s way too many carbs on that plate – remember, you’re trying to lose weight”? No? Then why do you feel obliged to say it to a child who happens to have type 1 diabetes?

Food shouldn’t just be a number; food is there to be enjoyed! I look at a piece of bread and I see “15 grams,” but I should also see “I am full of delicious grains to get you through the afternoon” and “Damn, I taste delicious with some avocado.”

Food is not inherently bad or good. Did your donut creep up on you during the night and rip out your pump site while letting out an evil cackle? The only labels food should have is a Post-It saying, “Eat me, I’m delicious.”

Food is food – what you eat does not define your worth as a person, and leading on from that, what you eat, how much you weigh, and what your hba1c is does not define how “good” of a diabetic you are. We HAVE to stop looking at our A1Cs, our weight, our food choices, and our insulin dosage as something that we can measure and evaluate ourselves against.

How is that healthy? Disordered eating doesn’t necessarily mean an eating disorder, it means eating in a way that could or does harm you physically or psychologically,  and I’m pretty damn sure that some of the practices that healthcare professionals are advocating do not create healthy and balanced attitudes towards food.

When I was volunteering on a kids’ diabetes camp last year, a twelve year old girl was sitting next to me at supper and wouldn’t eat her cookie.

“Why honey? The dieticians told you the carbs, right?”

“Yeah … but Mum won’t let me eat stuff like this at home, she says it’s bad.”

“Food isn’t bad or good, food keeps us going and it’s delicious – don’t you like it?”

“Yeah I do, but … Mum would be so angry – is there an apple or something instead? I can’t eat bad foods.”

My heart nearly broke – this girl, already under pressure from society to look a certain way, can’t bring herself to eat a cookie because her Mum, and no doubt her healthcare team, has told her that foods are ‘bad’ and ‘good.’

I appreciate that it’s a very fine line for carers and healthcare professionals, between keeping their patient healthy and not causing them to hate everything they put in their mouth – but food is not the enemy.  Food is not something we should judge ourselves by – we have to stand up for ourselves. Don’t let the fact that we’re acutely aware of what we’re putting in our mouths affect our enjoyment and love of food.

Food is not the enemy, our pancreases are!