Not Guten for My Gut.

Skipping gluten was once classified as a preference, but the last few weeks have shown me – beyond a shadow of a doubt – that gluten is not “guten” for my gut.  It feels good, figuring out what was causing so much chaos, and I feel more human, and much healthier.

So all that “oooh, so healthy!!” stuff aside, going gluten-free while traveling is a pain in the ass.

Choosing gluten-free options isn’t unfamiliar territory for me, as we did skipped gluten entirely for Birdy for the first 15 months of her life.  I’m accustomed to carefully reading food labels while shopping, and I’m no stranger to reshaping recipes to fit nutritional needs.  But on the road, it’s hard to tell what foods contain what.

Last week, my family and I were in Vienna, Austria and it was my first experience with “needing” to be gluten-free and being away from home at the same time.  At home, I can read labels.  In Vienna, I couldn’t even read the menu unless it had English subtitles.  The language barrier, plus the dessert constants, made this trip a challenge.

“Let’s stop at that cafe and get strudel!”

“How about some chocolate cake?”

Everything in Vienna looked delicious, and covered in a layer of gluten. 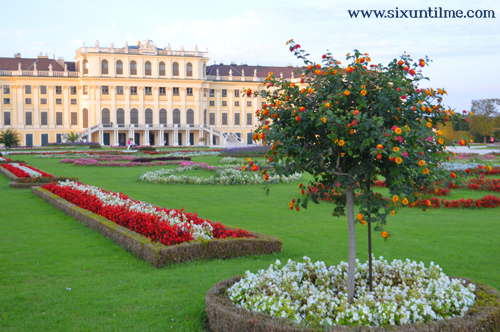 Being gluten-free is a double-edged sword, but one “for good,” as my daughter would say, because rethinking carb consumption is (sigh) good for my blood sugars.  Avoiding the cream-filled desserts and opting for coffee instead gave me some really steady post-prandial blood sugars.  Not piling on the carbs made for awesome Dexcom graphs, but it was frustrating to have yet another food rule in place.

“I’m pissed off because it’s not a matter of choice.  I like choosing healthier foods, but I really don’t like being forced to because of all this gluten crap,” I said to Chris over yet another boiled-chicken-over-greens lunch.

“I know,” he said, diving compassionately headfirst into a plate of schnitzel.

And sometimes things just got all screwy.  Like on the plane ride home to Boston, where I avoided the roll of bread and opted for the chicken-and-rice meal choice, only to find out from the flight attendant that the sauce on the chicken contained flour (the presence of which was confirmed by my belly about 45 minutes later).  Or when I ate a bag of plane pretzels, forgetting that I needed to care about gluten.  My brain isn’t rewired yet and I need to constantly remind myself (see also:  grabbing a bite of Birdy’s breakfast cereal, only to remember that it contains gluten, and then spitting it into the garbage).

Because it’s not all in my head.  Removing the fog and bloating from my body’s repertoire is such a relief, and I have no desire to go back to the way I’ve been feeling over the last year.  The few times I made the mistake of eating something with gluten in it, I regretted it.  The return of bloating, headaches, abdominal discomfort, and exhaustion were a reminder that my body does not respond well to gluten.  Even if the tests for celiac and gluten sensitivity came back negative, there are clear and present markers that I feel better going gluten-free.

This is an adjustment, but in time, I’ll have a plan.  I’ll have this figured out.  My health is worth the investment.  Besides, Riesling is gluten-free, so I’ll be just fine.

Pros and Cons of Going Gluten-Free. (and a brief lament about the smooshed banana)
Share:

Your moop or mine?