Not A Single Decent Number.

This was the mumbled mantra of our vacation to Maine.

Aside from the long drive to Bar Harbor (six hours, plus coffee stops and bathroom stops and “Hey, look at that lobster!” stops), the time we spend in Maine is usually very active.  As a family, we did the hike around Jordan Pond (about 3.5 miles), the hike up South Bubble Mountain (with a stop at Bubble Rock), and spent hours walking through downtown Bar Harbor.  The lure of blueberry ice cream was enticing, but I tried to avoid the sweets and instead downed buckets of iced coffee instead.

And yet my blood sugars were complete shit while we were traveling.

So I blamed diabetes.

The graphs over the four days we were in Maine were gross.  When I wasn’t high (which was the majority of the time), I was erring on the side of high, teasing the edges of 160 and 180 mg/dL all day long.  Why?  No clue.  Hesitant to up my basal rate in the face of constant walking, I just watched the graph ride the mustard for a few days.  Not convenient, because blood sugars running higher means more water, more “Hey, it feels like someone put cement in my sneakers,” more teeth sweaters, more bathroom breaks.

(Fun when the four year old is asking me, instead of the other way around.)

Sometimes the numbers don’t make sense, and this time, I choose to roll with it for a few days.  There are probably six dozen different things I “could have done” to take a bite out of the high blood sugar trend, but I didn’t want to the micromanagement of diabetes to eat up my brain on vacation.  Instead, I did what I was willing to do and thankfully, now that we’re back at home, my Dexcom graphed has settled back into a more forgiving pattern of Pac-Man dots.

I prefer mountains in the landscape, not in my Dexcom graph. 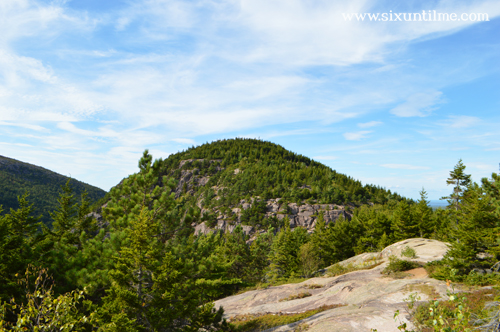 The Curse of the Camp Coleslaw