Hi!  I’m on the road again this week (ADA and a quick visit to Canada and then down to Texas … hence the digital tumbleweeds here), but thankfully, a good friend from across the pond has stepped in to say hello and share a little bit about why she’s created a really col project called Adventure D.  Please welcome the lovely Anna Presswell and check out her story.

Not a word you might expect to hear all that often from the lips of a child.  But one I was using routinely by the time I was knocking on the door of my teens when describing my life with type 1 diabetes. “Not many kids have it,” I would say, excusing people of their lack of knowledge; softening their embarrassment as the quizzical looks on their faces gave them away.  Reflecting back, I suppose I was also describing the number of occasions I had connected with another person with diabetes. Diagnosed at four years old, I’d lived half of my life with diabetes by the time I met another person my age with type one, and it was utterly implausible that we be allowed to speak to one another – what with him being a boy, and everything.

It was two decades later, now cocooned by the warmth, support, and sense of belonging that I had discovered in the DOC, and with at least 200 go-to friends with diabetes in common, that I realised how isolating diabetes could be. I guess it’s true what they say:  sometimes you just don’t know what you’re missing.  It was around the same time that I first made the commitment that whatever I did with my life it would involve getting shoulder-to-shoulder with other people affected by diabetes, so that I never had to use the word ‘rare’ again. 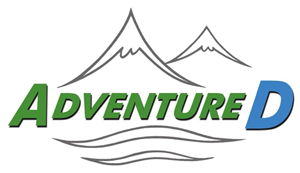 So when my brother, Chris, a seasoned kayak and sailing instructor, told me that he’d been thinking about a project to bring people with diabetes together, I was all ears.  Chris had been told some years before that people with diabetes would struggle to take on some of the adventurous mountain hikes he so loved, because of the drastic effect it would have on blood sugars.  Well, for Chris that explanation just wasn’t good enough. To sit it out: because of diabetes?  No.  That simply won’t do.  So we sat.   And we planned.  And we hatched.  We moulded thoughts and bent ideas as to how we could create something for people affected by diabetes, by people affected by diabetes.  And with a touch of time, a dash of courage and a pinch of determination, Adventure D was born!

Adventure D aims to bring people affected by diabetes together for the purpose of peer-to-peer support, education, and to enjoy adventure activities in an environment mindful of the challenges that diabetes can pose.  And because my family were raised with diabetes being something the whole family helped each other to take on, Adventure D also includes family members and loved ones – people who also live diabetes day-in, day-out – at our events.  So have you ever wanted to try ocean kayaking?  Do you want to feel the elation of standing on your first wave?  Or feel the excited chill of the ski-slope air on your face? Then check out our website and come and join us for our first event, a ‘Get Kayaking’ weekend in Chichester Harbour, West Sussex, England.  The weekend will have you learning everything from basic skills to advanced techniques, and playing (um, winning!) water-based games.  All equipment and tuition are included, as well as all carb-counted meals which are prepared by the on-site catering team.  And the accommodation? Well, what was once a military vessel has now been converted to a high-spec floating conference centre with 180 degree views of the harbour.  Sound good?  We think so, too.

Just take a look at the photos! 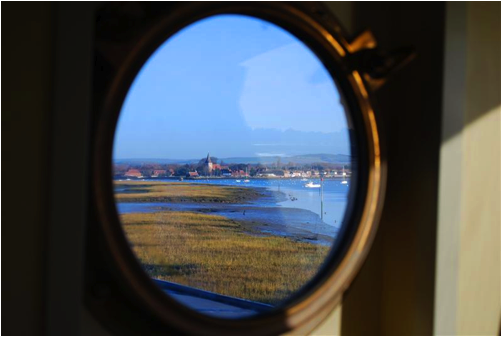 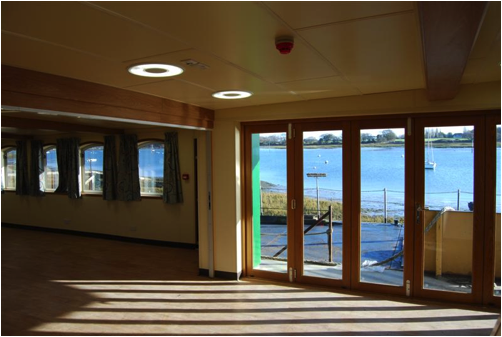 So come and join us, get connected, meet other people with diabetes, and let your adventurous side out!

You can find us on our website, on Facebook, or on Twitter or look out for updates on my blog, which led me to the DOC. 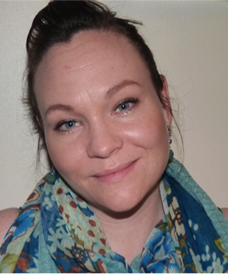 A little bio action from Anna:  “My name is Anna and I am many things: I am a wife, a daughter, a sister and a friend. I’m a wannabe surfer, an animal lover and an amateur photographer whose very best work is only slightly North of mediocre. I love the outdoors, naps and chocolate of any kind.  I am also a Type 1 diabetic (insulin dependent, juvenile onset, the beast has many names).  Diagnosed in Germany at four years old, it was only as I turned 27 and started blogging at Insulin Independent, that I discovered the advancing powerhouse that was the diabetes online community.  Now, living in Hampshire, England, I have the honour of having met and become friends with countless people affected diabetes, thanks to that come-as-you-are community spirit.”

HCPs and the DOC.

Making Sense of Diabetes: It’s So Literal, I Love It