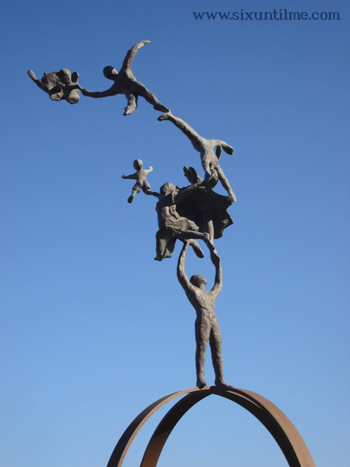 I used to lie to my pediatric endocrinologist.  (Not proud of this.)

She’d sit at her desk and look through the logbook with all my blood sugars mapped out (this was back in the day when my mom and I collaborated on logging my blood sugars, which meant that they were often accounted for), sometimes with a furrowed brow.

“So there are a lot of higher numbers in the morning, after breakfast.  Do you think we need to look at that morning insulin:carb ratio?  Maybe that needs some tweaking, to help with these post-breakfast numbers.”

There was a good, full year (or two) when I was a teenager wherein I would meet with my pediatric endocrinologist and have these strong, intelligent conversations about blood sugars and ratios and numbers.  She and I would crunch numbers and make changes, all in pursuit of lowering my A1C (which, as a teenager, swung wildly).  I talked the talk.  I sounded like a gave a shit.

But in reality, I was lying to my excellent doctor.  I was wasting her time.

I would show up for my appointments in full-swing teenage diabetes rebellion, knowing exactly why my post-breakfast numbers were such shit but still not able to admit to my endocrinologist that the reason my blood sugars were high after breakfast was because I was too lazy/disinterested/foolish teenager to properly count my carbs.  I was a very privileged teenager in that I had access to excellent diabetes care at the Joslin Clinic, a stash of insulin and glucose meter test strips in my bathroom closet at home, and a family that was both interested in and dedicated to my health and well-being.

So why the hell was I lying to my endo?  Why was I fifteen years old, talking with my kind endocrinologist about numbers that looked dodgy on paper but weren’t entirely riddles wrapped in mysteries – these numbers were the product of actively distancing myself from the responsibility of diabetes self-care.  The answer was clear – the insulin:carb ratios were probably fine and I was just SWAG-bolusing – so why wasn’t I fessing up and saving my endo the effort of trying to find “a solution?”

Yesterday, I was in Minneapolis, Minnesota giving a keynote presentation at the Annual ICSI Colloquium on Health Care Transformation and part of my talk was about how – and why – patients sometimes lie to their doctors.  Like when I lied to my peds endocrinologist about my post-breakfast blood sugars, or how I’ve also lied about how much regular exercise I was getting throughout the course of a week. (“Exercising every day?  Yes!  With bells on!  Um … weighted bells!”)

These lies aren’t told to in efforts to be malicious, but more because it’s hard to admit failure, especially to people I respect.  It’s also hard to admit it to myself.  I liked my pediatric endocrinologist very, very much and I didn’t want her to think my lack of diabetes follow-through, at times, was because I was a bad person.  It was hard to explain to her how much I wanted her to like working with me, and to be proud of me, as part of our patient-HCP relationship.  It was hard to explain why I ignored the daily duties of diabetes sometimes, even though I didn’t want to ignore them.  It just didn’t make sense.  A lot of the time, I didn’t want her to think I was a jerk, like I was wasting her time or something (even though the lies did waste her time – it was a vicious cycle).

“The reason it’s easier to be honest with my endocrinologist now is because she views my pancreas as non-compliant, not me.” I told the ICSI group.  “As a patient, I didn’t want to disappoint my doctor.  It took a long time to realize that the lies didn’t help improve my health.” (More on the emotions behind diabetes and the word “compliance” here.)

Embracing honesty with my current endo has been difficult, but necessary.  I’m able to tell her when I’m going through diabetes burnout, or when I’m skimping on different aspects of my self-care.  It took a long time to make me feel as though honesty was the best policy because it actually enabled my doctor and I to address the things I needed help with, instead of pretending that everything was fine.  I wish I had been as forthcoming with my pediatric endo as I am with my adult endo, but it’s still hard, even now, to look her in the eye and admit the stupid mistakes I make.  Maybe that’s part of the “growing up with diabetes” education curve, learning that I can’t aim to fix what I won’t acknowledge.

I have a feeling that learning curve goes on forever.

Being a Rotten Patient.