Looking Back: Lows in Public.

On the road this week, so I’m looking back at a post from June 2012 about experiencing hypoglycemia in a public place.  It’s never fun to be low, but I’m always grateful for the patience and compassion of others who help see me back to being in-range. 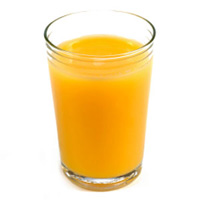 I heard the Dexcom BEEEEEEP!ing in that frantic, “you’re low” kind of tone and my brain was swimming with confusion, so I went to the bar at the dinner event and asked for an orange juice.

“Do you want vodka in that, as well?”

“No, definitely no thank you.  Just juice, please.”

The bartender filled up a small tumbler with orange juice and I downed the contents of the glass in one giant gulp.

“Thanks,” I said, and wandered off, fishing my meter from my bag to get a true assessment of how far down the rabbit hole I’d fallen.

There isn’t ever a convenient time for a low.  I suppose the ones that happen when I’m at home and are only in the 60 mg/dL range and can be treated with the logical and tempered rationing of glucose tabs are better than the ones that happen in public.  When you’re at a dinner event and you’re trying to meet people and make a favorable (or at the very least, coherent) impression, it’s not the most opportune time for a 38 mg/dL to make an appearance.

Once I saw the number on the meter, I became this strange, hypoglycemic bear, foraging for food and ready to growl at anyone in my way.  The very nice waiter who was bringing appetizers around to the attendees ended up with an empty plate after I had my way with him.  (Which sounds worse than it actually was; he only had three snacks left, but I snagged them and might have bared my teeth at him in the process.)  My low symptoms were peaking, with tears in my eyes and confusion on my tongue and every skin cell buzzing with panic and adrenaline.

I do not like being low in front of people.  I don’t like that momentary weakness and the vulnerability and that empty, lost look I’ve been told takes over my eyes.  I don’t like that lack of control.  I don’t like when my knees buckle while I trying to keep myself upright.  I don’t like the look of “Are you okay?” that comes over the faces of most people, because it’s one of the very few times I have to answer, “No, I’m not.”

Thankfully, I was at a diabetes-related event, surrounded by people who either had diabetes, cared for someone with diabetes, or worked to cure diabetes.  So when I casually mentioned to Jeff Hitchcock that my blood sugar was tanking and I didn’t know what was going on, I was ushered quickly and covertly to a seat at a nearby dinner table so I could make sense of things.

“I’m fine, you know.  I had juice.  I’ll be fine in just a few minutes,” I said, folding and refolding the napkin on the table while I waited for my blood sugar to respond to the juice.

As it always does, the panic subsided.  My blood sugar came back up into range (and went up just a bit more than it needed to, thanks to downing that whole glass of orange juice).  And I was able to rejoin the dinner conversation without needing a three-minute lapse between thoughts, thankful for people who “know.”

Crocheting Out of a Low.