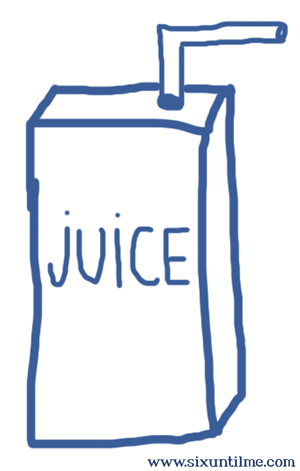 Turn on the light.

Press the button on the CGM to make it stop BEEP!ing.

Unzip the meter case and take out my glucose meter.

Lapse back into sleep again; was it sleep or was I passed out and what’s the difference when it’s 4 am and your blood sugar is under 40 mg/dL?

Opting for a juice box instead of the open jar of glucose tabs on my bedside table, I fumbled with the straw and once it hit the foil-covered mark, I drank as though my life depended on it.  Because it felt, in that moment, like it did.

I was 98% sure I would be completely fine in a few minutes, with no lasting effect of the severe low except maybe a hypoglycemia hangover.  But until the juice hit my system and my brain stopped panicking, the remaining 2% of doubt invaded every bit of me.

“I wasn’t afraid I was going to die,” I told Chris, explaining the next morning why I was so tired.  “It was more like I was really aware of how close I was to a dangerous physical state, and I needed to make sure I didn’t cross the threshold, whatever that might be.”

“I wish I had heard the alarm.  We need to do something about that – you need to keep it in a glass even when I’m home, so I can hear it when you don’t.  I need to be able to hear it, too,” he said, giving my shoulders a squeeze.

“Yeah, but what’s weird is that all I could think about, as I was waiting to come up and feeling pretty awful, I kept debating whether or not to drink the rest of the juice box instead of just drinking half.  I wanted to drink the whole thing, and then fifteen other juice boxes and maybe a sandwich, for good measure.  But instead, I was sweating and shaking and confused and at the bottom of the well, you know?  And the only moment of clarity I had was limiting myself to half of a juice box, knowing it would bring me up just enough and not too much.”

Having the first half saves my life, and having the wherewithal to not drink the second half saves me high blood sugars when I wake up.  It’s a humbling moment, realizing what hangs in the balance of half a juice box.

A Daisy in the Sand