Virtue Bajurny calls herself  “a Type 1” and has had diabetes for 20 years. Until finding Connected in Motion she hadn’t been able to meet and befriend another Type 1. She lives in Toronto, but now calls Connected in Motion home. She is a social worker and is currently working as the Community Manager for Connected in Motion.  And today, she is writing about the Slipstream.

“The term ‘slipstream’ describes the wake of fluid or air behind a moving object, which (because of its velocity and air pressure) helps create a suction that pulls following objects forward. This means that if you are, for example, a cyclist following another cyclist you will require much less power to maintain the same speed than if you were riding solo. In other words: you’re still doing a lot of work, but not as much as you would be if you were doing the exact same activity on your own.

So, why are we talking about this effect in a diabetes blog post? Well, for me, the two have a lot to do with one another. Every year for the past five year’s Connected in Motion has hosted something it calls Winter Slipstream. It’s a weekend where a bunch of type 1s get together for outdoor activity, indoor chat sessions, and hanging out. Like the slipstream described above, there is always a funny thing that happens that weekend: diabetes feels easier when you’re dealing with it in the group. 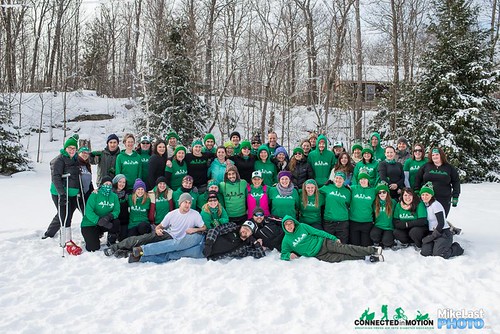 This past year was my third Winter Slipstream and early this fall I was fortunate enough to attend the Western Slipstream event on Vancouver Island, in British Columbia, Canada. Something that struck me at this last event is where I am now, a place I don’t think I could have arrived out with Slipstreams. First, I went from knowing no one else with diabetes for fifteen years to have a ridiculous amount of friends with type 1 now. Those friendships have proven an awesome source of support. 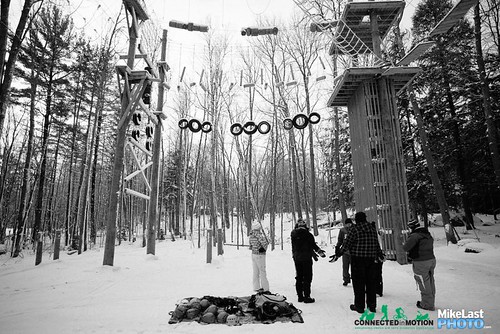 Second, I keep thinking about high ropes courses: the first time I encountered them at an event I only just got up the ladder to the high ropes; the second time I made it part way across the first challenge; and then at Western Slipstream I did the whole course! 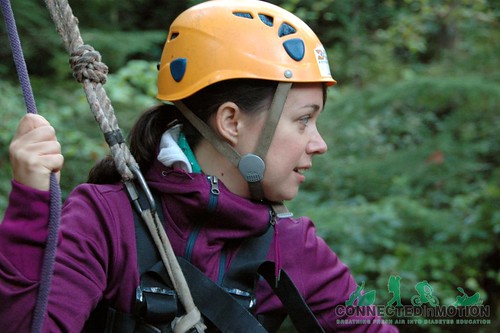 To me, this point just illustrates the support and encouragement of Slipstream weekends—people are there to help you through however far you want to challenge yourself. I feel like often we, as people with diabetes, are told what to do with our diabetes. Having people around that get what the challenge of diabetes is like, trust that I know my own situation best, and meet me wherever that might be really feels like a breath of fresh air in my life with diabetes. I feel so lucky to have this ‘slipstream’ in my life now; it’s allowed me to achieve things personally, professionally, and diabetes-wise that I never could have imagined if I were outside of it and on my own. 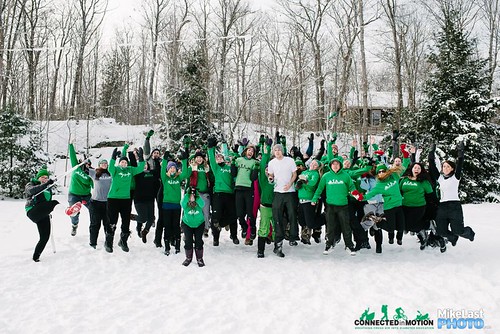 In the meantime, keep in touch with the CIM Facebook Page or Twitter, and check out some previous Slipstream experiences on their YouTube Channel.   Hope to see you in the Slipstream!

Guest Post: Nor Shall My Pump Sleep In My Pocket