Today’s guest post is from friend, fellow PWD, and creator of the glucose tabs I stuff into my face for those lovely 3 am hypoglycemic events, Christopher Angell.  These are his first impressions of life as a cyborg as he gives pumping insulin with the t:slim a run. 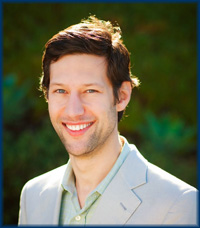 I put off pumping for a long time. When I was first diagnosed, at age 30, I wanted to get a pump right away, but my insurance company decided that my [newly diagnosed] diabetes was in fact a pre-existing condition that they declined to cover, despite my appeals. So the economic reality of getting a pump quickly squelched my desire to have one.

Faced with the reality of using MDI (pens) to manage my diabetes, I did the best I could, and got used to it (and pretty good at it). When I finally got new, better insurance over a year later, and finally had DME coverage, the first thing I did was get a CGM (Dexcom Seven+). I knew how to give myself insulin, but I wanted more info about when/how much to to give, not to mention some chance of getting a jump on my more aggressive lows. Once I had the CGM, I lost all desire for a pump. I just didn’t see how I would benefit from it enough to justify the expense/extra supplies, and all the accounts I read online about bad sites, occlusions, ripped off sites, forgetting to reconnect etc had me nervous. Sure, on MDI I might screw up a bolus and wind up in the 200s, occasionally eve the 300s, but the only way I’d end up in the 400s is if I was drunk, very sick, or just completely forgot I had diabetes. I’d gotten my A1c under 6 and I didn’t want to change anything.

Fast forward to earlier this year. That sub-6 A1c had crept upwards at each of my last four or five tests. I was having more noticeable highs (which tend to lead, one way or another, to more lows). I was traveling and exercising more, and having trouble managing my basals across time zones. I was ready to try something new.

Another reason I’d resisted a pump is that I didn’t feel like I had any more room in my pockets, and I’ve never been one to wear things on my belt. In my pockets, I was already carrying a phone, a Dexcom, a credit card case, cash, and often keys. At minimum. There was definitely no room for a pump. But within a few months of each other, Dexcom released the Platinum G4, and Tandem launched the t:slim. Put together, they were still smaller than just my Seven+ receiver. So there went that excuse. I took the plunge.

Minimal pain/discomfort w/ insertion
Surprised by length of needle! (comfort short manual insert)
Some burning with first bolus
Occasional burning at site throughout the day
Used to bolusing carbs + protein/meal size, so carb-based bolus feels awkward. Want to feel empowered but still take advantage of new technology
Because I wasn’t using basal first day (had taken morning Lantus after forgetting it the night before) I disconnected for sleeping, which put off that adjustment.
Tubing novel (23″). Can see potential for many mishaps, but so far nothing.
Pleased with size of pump, but means it slides down deep into pocket. (selected largely based on pocketability).
Never had to think twice about how to operate it once I left training. Did extended bolus without any difficulty.
Looking forward to experimenting with different ways of wearing it.
Definitely lots of curiosity about t:slim from people once they learn I’m using it.

Ran with it in Diabetic Lifestyle shorts pocket. Didn’t notice it at all.
Slept with it. Also not very noticeable.
Bolusing definitely easier. Not yet taking full advantage of the precision of the pump because carbs are only part of my bolus calculation, so still tend to bolus for meals in .5 unit increments, but use full wizard for corrections with good results.

Prefer pump bolus to pen bolus overall. Not as fast, but overall more comfortable. I was not good at using new needles (always multiple days per) and feel like this is probably better for me.
Don’t love having an extra thing in my pocket, even something this small, but do love not having to carry a kit with needles, etc. at all times.
Tubing sucks. Not having a place to put the pump when changing etc is a pain (should just remove/disconnect whenever changing/undressing etc)
Wondering if there’s some sort of cable retractor device that would work with pump tubing…
As someone switching from pens, sometimes wish default bolus screen was just number pad for typing in units, still not relating to carb-centric paradigm (maybe it’s an option?)
Insulin On Board is something that I rarely thought about in a quantifiable way before. It’s now another thing to “worry” about. But, as someone who is normally data-hungry re: diabetes, I’m less engaged with this so far. But I have yet to encounter a stubborn high while on the t:slim that would cause me to rage bolus/severely stack insulin so I don’t know if my feelings will change in that situation.

Legoland! More worry than I would have had w/ a pen in terms of riding rides etc. (losing it)
Am all for taking pump off whenever I feel like it. I assume that with time, I’ll grow accustomed to it much like with my Dexcom sensor, my wedding ring, or pants. For now, it’s foreign and at a time cumbersome, but, especially knowing I have some Lantus working no matter what, I just ditch it when it’s bothering me.
My favorite aspect is definitely corrections.  Correcting is much better, both manually and using the wizard.
Also, love the Quick Bolus. One of my concerns had been that, as a touchscreen, I’d always have to look at it to operate it. Not so with Quick Bolus feature.

Being sick brings up one drawback of the pump- there are now many more variables to test. Site? Tubing? Occlusion? Device?
Went to bed at 190->, gave a correction and a 20% basal increase (40% on pump due to split). Woke up higher.
In the olden days (2 weeks ago) if a correction didn’t work, I had one option: crack open a new pen/pen cartridge, shoot again, and wait half an hour (maybe drink some water and take a stroll). If that didn’t work, then I knew it was karmic retribution for not coming to a complete stop before making a right turn on red, or [took 4 puffs before passing/pressing every floor in an elevator/.…]

Testing all these variables feels wasteful. True, I could pull some insulin out of the tubing and give myself a shot with that, but honestly I only thought of that as I was writing this. As it was, frustration had me yank the site, pop the cartridge and its 38 units of insulin (enough to keep me alive for two days, three if I lived on nuts and lettuce) and start fresh (what I call “the scorched earth method”).

Thankfully, it worked. But WHAT worked? Was it the site? The insulin? A leaky cartridge? The universe deciding that my karmic debt had been paid at the precise moment that I hooked up my new rig? I’ll never know, so I don’t know what to try first the next time, assuming I actually have the time/supplies with me to go through this whole dance every time I have a stubborn high.

It’s been about four months now. It may not be obvious from those first few days of notes, but I kind of love it. I haven’t gotten new labs yet, but anecdotally I can see that my control has improved significantly. Between having a tethered pump and my faith in my Dexcom, I can now leave my house for hours with NO BAG, just my pump, my Dexcom, and glucose tabs in my pocket/car. It’s a revelation.

Though I had long ago stopped caring about being conspicuous when I bolused with a pen, my wife informed me that I no longer look like I’m taking insulin, I just look like I’m being rude and texting at the table. I guess that’s better?

I am bothered by all the extra waste from the pump, and I already have quite the visible scar posse assembling on my stomach from infusion sites I’m not too thrilled about. Sleeping with a tethered pump is not awesome, but I’m more adjusted to it than I initially thought possible. Tubing is cumbersome and unattractive. Itchy sites are itchy.

Still, right now, the pump is my weapon of choice.

Thanks for sharing your first impressions as an insulin pumper, Chris.  For more from Chris, you can check out the GlucoLift company blog.  To taste test GlucoLift glucose tabs for yourself, you can purchase them on Amazon.  And for a quick video with questionable animation about how GlucoLift got started, click here.  Also, here’s a gerbil shirt, because you know you want one.