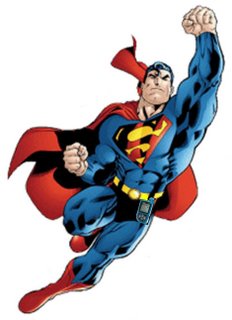 He was six years old and missing a front tooth and melted my heart by comparing pumps and trying not to step on any cracks as we walked along the sidewalk towards the Children’s Museum.

“Can’t step on the cracks,” I warned, tipping my foot sideways to avoid a fissure.

“Got it. I won’t step on a single one.” Superman (aka Shannon’s son) hopped on one foot to dodge the same fracture.

Not since Clara Barton camp have I had so much interaction with other diabetics. Last week when I met Amy and E. for the first time, it was so comforting to sit down to a nice dinner and watch everyone order dinner and then absently reach for their meters; stored in fancy Kate Spade bags, travel cases, or the trusty black zipper case. No qualms about testing at the table. No issue with dosing up insulin, either via pen or pump. There’s a certain odd comfort to someone else sharing the same programs of preservation.

I had the same feelings sitting down for lunch with Shannon and her beautiful family, Julia and her blue eyed daughter, Nicole and Lyrehca. Kids bouncing all over the place, lunches being unpacked or purchased, and a handful of distracting indoor pigeons. Meters gauging glucose levels, pumps brought out from pockets and carbohydrates calculated. As the adults bolused, I saw Superman eyeing the pumps on our hips, similar to the one on his.

We tore through that Children’s Museum like we were all kids. Exploring all the floors, we played in puppet show kiosks, the Arthur Exhibit, construction sites, the Hall of Toys, and the golf ball racetracks. The kids played in the “Supermercado” while Nicole and I tried to put back all the toy food items before the kids could take them all out again (slightly OCD, anyone?). Superman Brendon sold me a $100 plastic pineapple. I learned what a Baby Sling was. I wore a blue plastic bib and played in the soapy bubble exhibit. We discussed how big the cow was that filled the huge Hood milk station in the courtyard. I watched moms integrate testing bloodsugars throughout the day and I wondered if that’s what my mom used to do.

Such a strange thing, to meet people in person who you’ve only interacted with online. Especially for this group of diabetes bloggers, who know the deepest fears and proudest moments of people who they’ve never seen smile in person. But there was that instant comfort upon meeting these people, into whose lives I’ve had the pleasure of glimpsing, that made an afternoon at the museum feel long overdue.

Thanks to everyone who came out to Boston on Saturday!

Look to the Edges.