Today I’m excited to be traveling to the Las Vegas JDRF TypeOneNation event (and hanging out with Sara…aaah), so while I’m in transit, Meredith Pack has offered to jump in with a guest post.  Meredith writes (at her leisure) over at With a Side of Insulin and is currently pregnant with twins. She and I share the same due date but a whole different pregnancy experience so far, and she’s weighing in with her take on building two babies while managing type 1 diabetes.

Now, since the first exciting conversation of sharing that news, we’ve learned how each other’s current pregnancy stories are a bit different. We both have type 1 diabetes, of course, but Kerri’s pregnancy came after a bit of time trying, and mine came with … a bonus.

TWINS! Twins with no family history. My family is joining a smaller-than-you-might-think tribe of moms and dads that parent multiples (except when you find out you’re having twins, suddenly everyone and their mother knows someone with twins … kinda like when you’re diagnosed with diabetes). 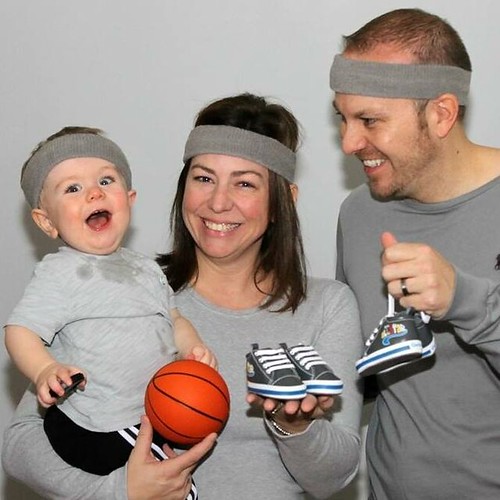 After the initial shock wore off, we’ve continued to digest what it’s going to be like to have three under two (go ahead, groan and give me the “I’m glad it’s you and not me” face … I’ve seen it plenty of times already!).

Everything goes through your mind: two cribs, the diapers, two carseats, two high chairs, the diapers, the food, the diapers, finances, food, three teenagers. All. The. Diapers. And you also think of the double fun it will be, with double snuggles, double giggles, double hugs, double first steps, first words, double siblings for our oldest – I’m sure it’s not going to be the easiest journey but we’re not the first nor the last family to do it.

When my son was born (15 months ago!), my blog fell by the wayside. the things I wanted to do in my free time changed drastically, so I don’t blog regularly anymore. Ok, that’s a lie; I don’t blog anymore.  Although now I am starting to get mom guilt over the fact that I did weekly posts my last pregnancy, and what if someday these babies ask me why I didn’t do that with them?  I also find myself looking back at those posts and comparing pregnancies as well as reading things I had forgotten about, so I might pick the blog back up again so I remember everything about being pregnant with twins.

So far, it’s not too different. Minus the expanding belly bump happening earlier and the insane glucoasters I was on for the first month or so (which has since been explained … fraternal twins. two placentas, double hormones, double the crazy blood sugars).

Since then, my blood sugars have stabilized a bit more, and I am in weekly contact with Dr. Awesome to make adjustments as needed.

Kerri and I talk a few times a week, comparing second pregnancy notes (and contrasting twin vs singleton pregnancies) and making each other feel better about the challenge of pregnancy and diabetes that we’re rocking.

When I saw my endocrinologist this week, I expressed my concern over my A1C – which wasn’t high by any means – and how I wanted that number to keep dropping … ya know, mom worry sets in way before the babies are born. Moms, you can relate. He told me (and YES OF COURSE I remember the exact thing he said), “You’re doing a good job. You have two placentas, which means you have double hormones and everything else changing in your body to contend with. Your blood sugars are good, so keep up what you’re doing. All things considered, these babies will be just fine.’

I’m sure there are going to be many differences (and similarities) in the upcoming months. Here’s hoping those babies keep baking until 36+ weeks!

The One About Steel Magnolias