This wasn’t ever issued like a real question, but more an accusation, a verbal finger pointed at my face.  “You live in Rhode Island and you don’t like seafood like at all?”

Usually I’d say, “I just don’t care for it very much,” but I am really thinking, “EW! It’s weird and it smells terrible and ew.”

And then, back in 2009, I found myself pregnant with Birdy and all of a sudden, my taste buds changed in ways I could never have predicted.  I wanted salmon.  I wanted white fish.  Calamari?  Bring it.  Shrimp?  Sure.  Scallops?  Yes, please.

Chris looked at me like I had seven heads, a seafood-craving hydra.  “You want what?”

Even after my Bird was born, the seafood thing stuck.  Over the years, my food preferences have given way to other additions, like mushrooms (once viewed as a horror movie on a plate), brie cheese (previously categorized alongside cheeses with scents that can ease the paint off a wall), and oysters (tried for the first time over the summer and I didn’t die).  It’s taken six plus years, but my palette is finally maturing past tomatoes and grilled chicken, and I’m no longer afraid of crabs (unless they are unexpectedly underfoot, or secretly carbs).

I wonder, at times, if diabetes helped to keep my preferences muted.  Growing up, my mother went to great lengths to make sure my food was healthy, consistent, and carefully measured.  Food “risks” were not generally encouraged at the time, with even spices and condiments raising eyebrows and blood sugars.  The “diabetic friendly” cookbooks touted the benefits of the bland and unadventurous, and my mother took her adherence to the dog-eared cookbook recommendations very seriously.

But, over time, diabetes education and insulin improved, and “approved diets” expanded to include more than just one aisle at the grocery store.  Meals weren’t diluted down to the American Diabetes Association exchange program.  Food could be healthy and taste like something other than “meh.” 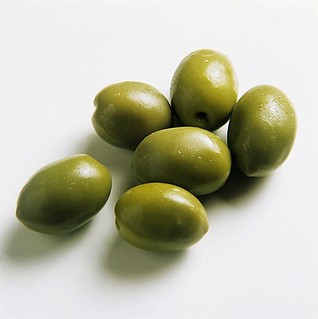 And it took me even longer to break out of my own decades worth of habits.  Which explains the wasabi on my salmon sashimi.  And the oysters on my plate.  And the introduction of olives – once viewed as “EW the GROSSEST!” – into the circuit of deliciousness.

Olive you, new and strange foods.  Olive you a lot.