Last week, I was up in Boston visiting with Ed Damiano to hear some updates on the bionic pancreas (now known as the iLet – more on that later meeting this week), and our meeting ended late in the afternoon.

Which means I climbed into my car to make the drive home on Route 93 south towards Rhode Island at 6 pm.

For anyone who lives in New England, you know this is a recipe for sitting in the car in maddening traffic for hours.  The drive in and out of Boston is abysmal and unforgiving.  Sitting in traffic for hours on end trying to get to one stupid exit only to have to sit in traffic again for another long while is a waste of time and makes me endlessly grateful for my short commute.

But dude … I was on an iLet high, excited after hearing about how this new technology might help keep me healthy while freeing up brain space previously assigned to diabetes management.  Unfortunately, after peeking at my Dexcom, I was also on a bit of a blood sugar high.

212 mg/dL with an arrow pointing straight up, to be more precise.

“Gosh darn it,” is what I would have said if Birdy was in the car with me.  I was already in traffic.  It was going to be a long, needing-to-pee-because-hyperglycemia.  Time to bolus.

“Oh for pete’s sake,” is another thing I would have said if Birdy was in the car.

I looked at the pump.  I haven’t had an occlusion alarm in ages, so I wasn’t sure what would happen next.  After confirming that none of the insulin had been delivered, I tried it again.

Well okay then.  Time for Plan B.

Plan B is always an option because I am painfully prepared for all kinds of crap things to happen at the most crap of times.  (Except that one time.)  My family mocks me for my giant purse, but when someone needs a bandaid or an insulin set or a t-shirt or a 3 lb bag of coffee or a brick or a small (small) weasel, I am their go-to girl. 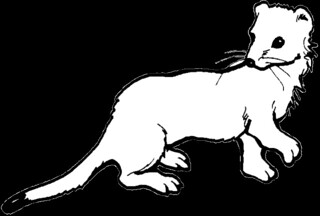 Which explains why the contents of my purse often paint me as some kind of drug lord, because I thankfully had a syringe in my meter bag and a back-up insulin pen in my purse, just for moments like these when I’m in Boston traffic and need to shoot up quickly.  I disconnected my pump, uncapped my pen, and took my correction bolus old school style.  Nineteen and a half hours (read: two) later, I was back in my diabetes supply closet safety zone, where I could swap for a new pump set up.

This is exactly why I carry an insulin pen with me at all times. Even when it seems like overkill.

Which also reminds me – I need to update my stash of small (small) weasels.

The Price of Being Stubborn.

I Can’t Feel My Face