How low can I go? 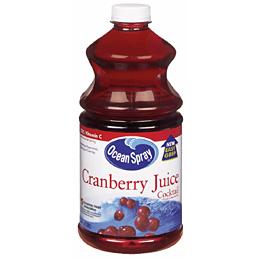 Over the last week and a half, I’ve been low about 6 times. None of this “Ooh, I’m almost 80 mg/dl, better have a nice, safe snack and patiently wait for the rise,” but a complete crash and burn low that renders me helpless and 31 mg/dl while I sleep.

I used to wake up on my own when I was dropping. A bloodsugar tumble to 54 mg/dl would either have the cat meowing insistently and pacing around my head or my own adrenaline would rouse me sleepily, sending my arm on autopilot as it reaches for the black zipper case that houses my kit. Test myself, roll my eyes at the number and stumble into the kitchen for a glass of cranberry juice. Still getting sweaty during that low, still feeling lost in that fog, but coherent enough to treat my own reactions.

Something has happened in the last few weeks.

I’m not waking up on my own.

Chris wakes up in the middle of the night to me, sweating profusely as my body searches its cells for glucose, blankets tossed off and hands wrapped up in my t-shirt in panic. Grabbing my shoulders, it takes more than two fierce shakes to wake me enough to prick my finger.

The numbers are Officially Scary. 44 mg/dl. 37 mg/dl. 31 mg/dl. 27 mg/dl. He runs to the kitchen and pours a glass of juice, holding me up as I drink it. He stays awake until I’ve tested that second time, letting me sleep again once I’m up to 80 mg/dl.

I don’t even know I’ve had a reaction until I wake up for work the next morning and see the glass on my bedside table, ringed with the red residue of the last sip of juice. Then I check the memory on my meter and see the number from 3:11 a.m. A text message from Chris while I’m at works comes in around 9 in the morning: “You had a rough low last night.” Now the messages read: “You had another one.”

What scares me the most is that I’m not able to help myself anymore. It could be that my bloodsugars are running so close to almost, maybe normal that I don’t feel the lows until they’re frightful. Or it could be that unexplained hypoglycemia unawareness. I feel like my body is betraying me. And my stupid cat is leaving me in the proverbial lurch, too.

But it’s happening at work now, too. I had to excuse myself from a meeting to grab a bottle of juice, my heels clacking against the tile floor as I’m almost running to the cafeteria. I’ve cut my basal down. I’m monitoring my levels as often as is financially feasible. I’m trying to keep track of what I’m doing that could be causing these lows.

And I’m still experiencing a 221 mg/dl or two, confirming that I do still need this pump thing hiding in my pocket. I’m really looking forward to the CGMS/pump hybrid, because if the last few weeks are any indication of my sensitivity to insulin and insensitivity to lows, I’m going to be a prime candidate for this machine.

A good pun goes a long way for me.

If a BG Falls in the Forest, Does it Make a Sound?